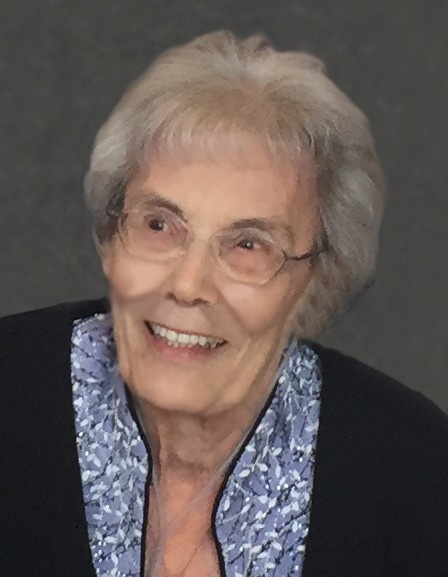 Age 89 and a lifelong resident of Carbon Hill, passed away peacefully on Sunday, September 15, 2019.

Born January 26, 1930 in Joliet, Illinois, Anna Jean was a daughter of Ercola “Art” and Victoria “Vic” (Vacca) Vecellio. She attended the Carbon Hill School and went on to graduate from Coal City High School with the Class of 1948. On October 19, 1952, Anna married Robert M. “Bob” Crawford in the Assumption Catholic Church, and together they made their home and raised their family in Carbon Hill.

Anna was a member of Assumption of the Blessed Virgin Mary Roman Catholic Church, and in addition to dancing the jitterbug, enjoying memorable trips to Las Vegas and playing gin rummy, she had a fondness for the color purple and cherished Sunday family dinners. Anna Jean was a devoted wife, who lovingly cared for her husband for 22 years, as well as a dedicated caregiver to her mother in her final years. Anna took great pleasure in her regular routine, and was certain not to miss her favorite soap operas and crime shows. A dedicated wife, mother and grandmother, Anna Jean’s legacy will long live in the hearts of those she loved.

Anna Jean was preceded in death by her parents, Art and Vic Vecellio; husband of 48 years, Bob (on December 12, 2000); brothers-in-law: Thomas “Jack” Crawford and James “Dutch” Crawford and one sister-in-law, Jean Ludwig.

The family will receive friends on Friday, September 20, 2019 from 9:00 a.m. until the time of funeral services 11:00 a.m. at Reeves Funeral Home, 75 North Broadway (one block north of Illinois Route 113) in Coal City. Pastor Brad Shumaker will officiate, and burial will follow in Mount Olivet Catholic Cemetery in Braidwood, where Anna Jean will be laid to rest with her late husband Bob.

Preferred memorials may be made as gifts in Anna’s memory to a charity of the donor’s choosing.

To order memorial trees or send flowers to the family in memory of Anna Jean Crawford, please visit our flower store.