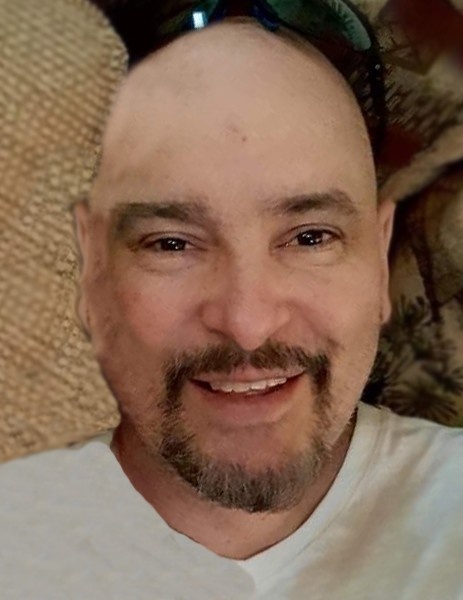 Anthony L. "Tony" Plese passed away at his home in Wilmington on Friday, October 9, 2020 after a courageous two-year battle with pancreatic cancer.

Tony was born the fifth of Dean and Judy Plese's six children on August 15, 1967 and grew up in the family home on Widows Road while attending Wilmington area schools and later in Upstate New York after moving there with his family in the mid-80's.  During his high school years, Tony played football, was a member of the (NY) national honor society and he developed an interest in the Beatles and their music, remaining a fan for the rest of his life.  He was even fortunate enough to fulfill a personal dream by going to see Paul McCartney in concert with a few of his brothers a few years back, something that he reflected on happily.

Tony obtained a bachelor's degree from Syracuse University and worked as a graphic designer in New York, Chicago and San Diego before returning to Illinois in 2003 to pursue a new career path in healthcare.  After obtaining a degree in nursing from Loyola University in Chicago, Tony spent the remainder of his working years in the Chicago area hospital community serving the needs of others before his own illness made it impossible for him to continue in early 2019. A loving and devoted son, Tony's sole regret was that he did not get to use the degree and experience he'd gained for the initial purpose for which he intended -- to care for his parents later in life when he anticipated they would need it.

A born artist, Tony began doing sketches of homes in the Wilmington area whose unusual architectural details caught his eye as a young boy.  Elma O. Barnes of the Wilmington Advocate immediately noticed Tony's natural talent and made his artwork a feature in her regular column about Wilmington's historical landmarks when he was still in elementary school.

Along his life's journey, Tony traveled the U.S. and later France, he bought a home, got married and continued to feed his artistic nature by creating a prolific body of illustration work and watercolors.  His art did not go unnoticed as he consistently sold pieces, showed competitively and he received a treasured letter of encouragement when he needed it most -- just after his diagnosis of pancreatic cancer -- from a personal hero, the artist Jasper Johns.  Tony also developed his own original characters -- collectively known as Chachkees -- which he marketed right up until the week before his passing.  Anyone who knew Tony would have no doubt that he began working on his next masterpiece as soon as he crossed heaven's threshold.

An excellent conversationalist, Tony's intelligence, modest nature and sly sense of humor endeared him to all who were lucky enough to know him.  The friends he made along the way, he kept and he maintained those relationships no matter the passing time or distance involved.  Despite the many serious health challenges Tony faced starting in 1989 with a diagnosis of chronic leukemia, Tony met the challenges that life gave him with his head up and a great sense of hope and dignity.  He kept going, he kept achieving, he kept trying -- he kept living.  He was an inspiration to his beloved family and friends all the days of his life.  Tony will be terribly missed by all who knew and loved him; the world is now a little darker and a little colder without his sweet light in it.  Our loss is truly heaven's gain.

Tony is survived by his life partner and caregiver, Gabriel Rodriguez, his devoted mother, Judith Benson Plese, his siblings: Dean (Stacy), David (Angela), Martin (Maureen), Maria, and Eric (Christine), many aunts, uncles, cousins and friends with whom he greatly enjoyed spending time, and by his beloved dogs, Chico and Sally, who were his constant companions.  He was predeceased by his beloved father, Dean E. Plese in June of this year and by his grandparents, James and Ellen Benson and John and Margaret Plese.

A private visitation will be held on Wednesday, October 14, 2020 followed by a Mass of Christian Burial at St. Rose Catholic Church in Wilmington, IL.  Those wishing to participate in Tony's services are invited to watch the live stream on Wednesday morning, starting at 11:00 a.m. by logging onto his memorial page.

In lieu of flowers, Tony's family asks that donations be made to American Cancer Society, P.O. Box 22478, Oklahoma City, OK 73123.

Family and friends are encouraged to sign the guest book, upload photographs and share Tony’s memorial page online through social media by logging onto: www.BaskervilleFuneral.com/obituary/Anthony-Plese

Cremation services and memorial arrangements have been made under the direction and care of Baskerville Funeral Home in Wilmington. ( 815-476-2181 )

To order memorial trees or send flowers to the family in memory of Anthony Plese, please visit our flower store.