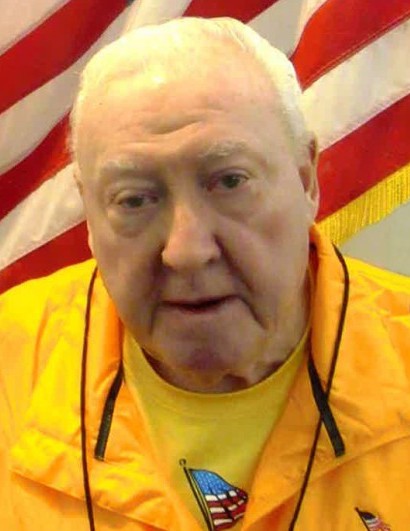 Born November 28, 1931 in Chicago, August was the son of August, Sr. and Freida (Noordhoff) Gelhaus. He was raised and educated in Chicago and graduated from Lindblom High School. August served honorably in the United States Air Force from 1951 until his honorable discharge in 1953, and on June 4, 1955 he married Gail Eileen Koch at Saint Christopher Catholic Church in Midlothian. He raised his family in Country Club Hills for thirty years and then moved to Kewanee where they lived the next twenty years. August and Gail lived in Wilmington the past three years where they attended Saint Rose of Lima Catholic Church.

He worked as a maintenance man for many years and when he retired he became a bus driver for Abilities Plus for twelve years, driving special needs children. August was an avid sports fans, with the Chicago Bears and Chicago White Sox being his favorite teams. He also enjoyed fishing, but his greatest joy was his family. August was a dedicated, hard-working man that always provided for his family and was a devoted husband, father, and grandfather.

Per August’s wishes, cremation rites are being accorded.

Memorial services will be Thursday, September 30, 2021 at Saint Rose Catholic Church, 604 South Kankakee Street, in Wilmington at 10:30 a.m. A Mass of Christian Burial will be celebrated with Reverend Sebastian Gargol presiding, and inurnment with full military honors will immediately follow at Abraham Lincoln National Cemetery in Elwood.

In accordance with CDC guidelines, face masks will be required by all attendees of the funeral service.

Preferred memorials may be made as gifts in August’s memory to Saint Jude Children’s Research Hospital.

Family and friends are encouraged to sign the online guest book, upload photographs, and share August’s memorial page by logging onto: www.BaskervilleFuneral.com

To order memorial trees or send flowers to the family in memory of August Henry Gelhaus, Jr., please visit our flower store.
Send a Sympathy Card