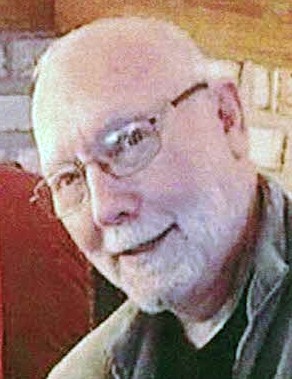 Age 79 of Gardner passed away Monday November 19, 2018 at Morris Hospital.

Born March 30, 1939 in Monmouth, Illinois, Barton William was a son of Wayne, Sr. and Jeanette (nee Lamp) Vest. He was raised and educated in Monmouth, and honorably served in the United States Navy from 1963 to 1965 on the USS Murray destroyer. On March 14, 1972, Barton married Phyllis Jean Ross in Winchester, Virginia, and together they would make their home in Gardner.

Following his military service, he worked as a programmer and an analyst; was a past member of the American Legion Post 663, the Tin Can Sailors Club, and the Experimental Aircraft Association. Barton enjoyed woodworking and making clocks, and he looked forward to spending his time outdoors playing golf, fishing, and traveling.

Survivors include his wife of 46 years: Jean Vest of Gardner; one sister: Elaine of Virginia; one step-son: Richard Gehr of Coal City; as well as five nieces and one nephew, and two great nieces and three great nephews.

Barton was preceded in death by his parents and his brother: Wayne W. Vest, Jr.

Family and friends will assemble at Reeves Funeral Home, 203 Liberty Street, in Gardner on Monday November 26, 2018 at 1:15 p.m. A procession will depart the funeral home at 1:30 p.m. to Abraham Lincoln National Cemetery in Elwood where full military honors will be rendered at 2:30 p.m.

Family and friends may sign the online guest book, upload photographs, or share Barton's memorial page by logging onto: www.ReevesFuneral.com

Funeral services and arrangements have been made under the direction and care of Reeves Funeral Homes, Ltd. in Gardner (815) 237-2526.

To order memorial trees or send flowers to the family in memory of Barton Vest, please visit our flower store.
Send a Sympathy Card