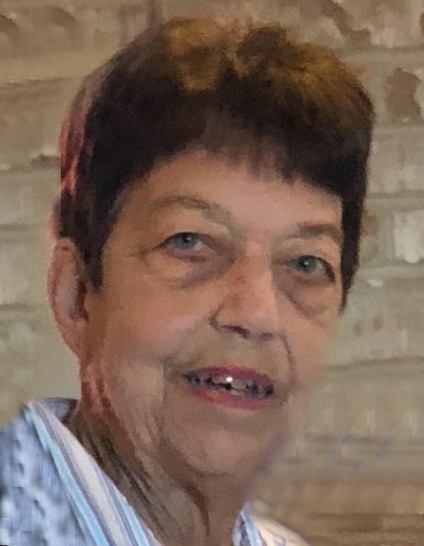 Born October 20, 1939 in Coffeen, Betty Jane was a daughter of John J. and Neta (nee Lewey) Jorn.  She was raised and educated in Wilmington and graduated from Wilmington High School with the Class of 1957. On June 15, 1963, Betty married Norman Gene Calligaris and together they would make their home in Wilmington. She worked at the Joliet Arsenal Ammunition Plant as a secretary until she retired. Betty’s best times were spent with her sisters and the rest of her family, who she loved dearly.

Betty was preceded in death by her parents; her husband Gene; one brother-in-law: Robert Van Duyne; one nephew: Steve Blakley; and special friend: Mary Turan.

A special thank you to Dawn Jones for being her loving caretaker.

Visitation will again be held Tuesday February 5, 2019 at Toberman-Dean Funeral Home, 212 West Main Street, in Coffeen, Illinois from 1:00 p.m. until time of funeral service at 2:00 p.m. Burial will be in Olive Hill Cemetery in Coffeen, where Betty will be laid to rest with her husband.

In Lieu of flowers, memorial donations may be made as gifts in Betty’s memory to Kuzma Care Cottage.

Family and friends may sign the online guest book, upload photographs, or share Betty’s memorial page by logging onto: www.BaskervilleFuneral.com

Services and arrangements are being made under the direction and care of Baskerville Funeral Home in Wilmington (815) 476-2181.

To order memorial trees or send flowers to the family in memory of Betty Calligaris, please visit our flower store.