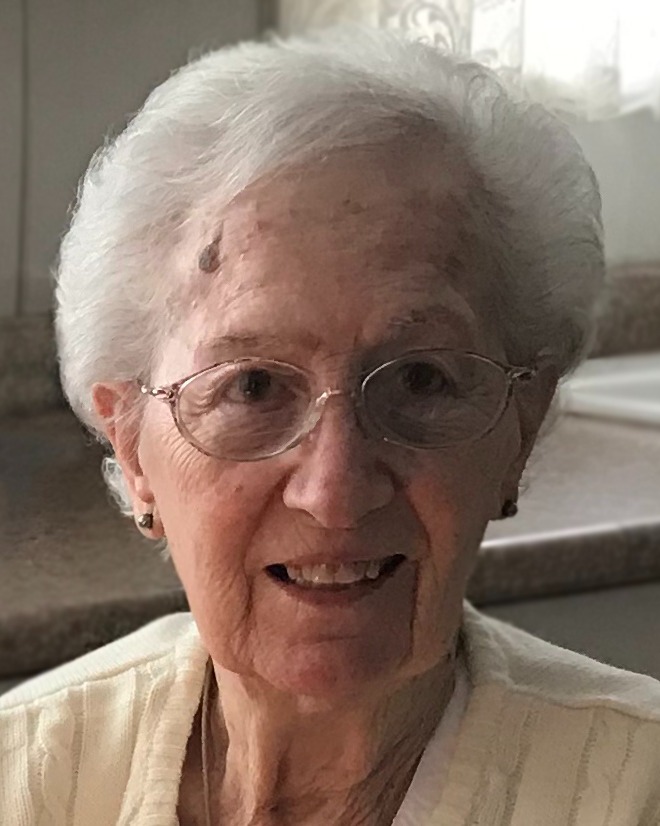 Born January 15, 1922 in Coal City, Elizabeth was the daughter of Joseph and Caroline (Vaira) Davito. She was raised and educated in Coal City, and graduated from Coal City Township High School with the Class of 1939. On December 13, 1941, Betty married James Maland in Assumption Catholic Church, and together they made their home and raised their daughters in Coal City.

In addition to working at Granerts and Hyman Clothing Factories, Boodlers and catering for weddings, Betty’s primary career was tending and caring for her home and family. A dedicated member of Assumption of the Blessed Virgin Mary Roman Catholic Church in Coal City, Betty will be remembered for being meticulous in tending to her home and yard, and enjoyed crocheting. She had many customers who bought the baby blankets, sweater sets and booties that she created, as well as beautiful afghans.

The family welcomes friends to gather for a Mass of Christian Burial at Assumption of the Blessed Virgin Mary Roman Catholic Church, 215 South Kankakee Street in Coal City on Saturday, September 24, 2022 at 10:00 AM. Reverend Josh Miller will preside with Deacon William Dunn assisting.

Inurnment will follow in Mount Olivet Catholic Cemetery in Braidwood, where Betty and Jim will be laid to rest in the Davito family lot.

Preferred memorials may be made as gifts in Betty’s memory to the Assumption Catholic Church Building Fund; Lightways Hospice; The Coal City Fireman's Association, or to a charity of the donor's choosing.

To send flowers to the family in memory of Betty Maland, please visit our flower store.
Send a Sympathy Card