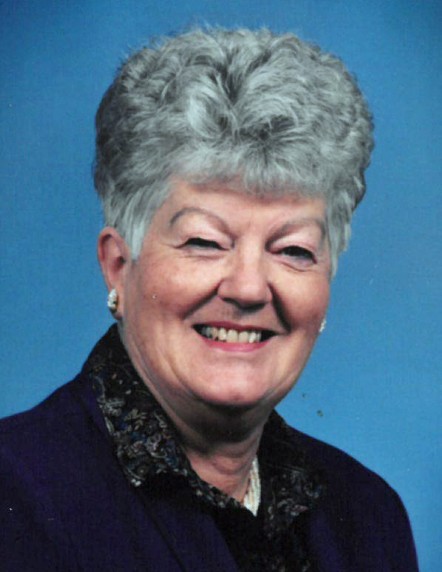 Age 91 of Coal City, passed away Friday, March 5, 2021, at Carriage Crossing in Champaign, Illinois. Born December 15, 1929 in Braceville Township, Betty was the daughter of William J. Sr. and Frances Elizabeth (Hutton) Bonucci. She was raised in Carbon Hill and graduated from Coal City High School with the Class of 1947. On September 11, 1948, Betty married Freeman J. Trotter in New Hope Presbyterian Church, and together they made their home and raised their family in Coal City.

Betty loved bringing family together whether it was for a first birthday “shoe cake” celebration, a 4th of July themed yard-party, Christmas morning around the tree, or an afternoon of chatting and playing a game of cards.  She enjoyed searching for antiques and knitting lace.  There was always an occasion to gather together, set the table with special treasures, share stories and laughter, and make memories with those she held dear.

The family will receive friends for a visitation at New Hope Presbyterian Church, 80 N. Garfield Street in Coal City on Friday, March 12 from 9-11 AM with the funeral service following officiated by Reverend Mark Hughey.  Burial will be in Braceville-Gardner Cemetery, where Betty will be laid to rest with her late husband, Freeman. Pallbearers and honorary pallbearers will be her grandchildren.

Preferred memorials may be made as gifts in Betty’s memory to New Hope Presbyterian Church.

The family would like to thank the staff at Carriage Crossing in Champaign, IL for their attention and care over the last five years.

Family and friends are encouraged to sign the guest book, upload photographs and share Betty's memorial page online through social media by logging onto: www.ReevesFuneral.com/obituary/Betty-Trotter

Funeral services and arrangements have been made under the direction and care of Reeves Funeral Homes, Ltd. in Coal City ( 815-634-2125 ).

To order memorial trees or send flowers to the family in memory of Betty Trotter, please visit our flower store.
Send a Sympathy Card