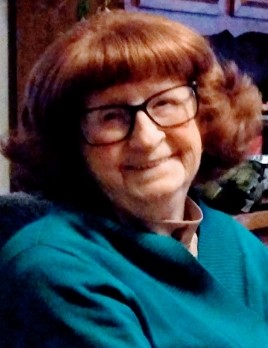 Born January 8, 1933 in Ritchie, Betty was a daughter of Earl and Berniece (Richmond) Warriner. She was raised in Ritchie and attended the Wilmington schools. On May 28, 1955 Betty married Edward L. Carr in Ritchie. She was a member of Ritchey United Methodist Church; was a good cook, enjoyed painting pictures, and loved flowers, especially roses. Betty will be most remembered as a dedicated wife and mother who loved spending time with her family.

Per Betty’s wishes, flameless cremation rites have been accorded. A private family memorial service will be held, and Betty will be laid to rest in Abraham Lincoln National Cemetery in Elwood with her late husband.

Preferred memorials may be made as gifts in Betty’s memory to the family for distribution to charities of their choosing.

Family and friends are encouraged to sign the online guest book, upload photographs, and share Betty’s memorial page by logging onto: www.BaskervilleFuneral.com/obituary/BettyAnn-Carr

Flameless cremation rites and memorial arrangements have been made under the direction and care of Baskerville Funeral Home in Wilmington (815) 476-2181 .

To order memorial trees or send flowers to the family in memory of Betty Ann Carr, please visit our flower store.
Send a Sympathy Card