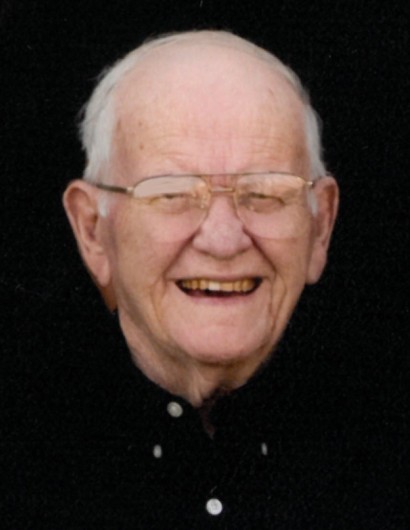 Age 92 and a lifelong resident of Gardner, passed away peacefully, Saturday, December 29, 2018 at Harvest View Assisted Living in Herscher.

Born May 6, 1926 in Gardner, Bill Lees was a son of Henry and Alta (Lees) Hollmeyer. He was raised and educated in Gardner and went on to honorably serve in the United States Army in the European Theater of Operations during World War II. On March 6, 1948, Bill married Theresa Cacello in the Asbury United Methodist Church in Gardner, and together they made their home and raised their family in Gardner.

Bill’s career began with Public Service and continued through his retirement with Commonwealth Edison in 1986. Following his retirement, Bill drove for many years as a porter for the Ford dealership in Gardner. He was a 50 year member of the Gardner American Legion Post 663.

Bill was preceded in death by his parents; wife Theresa (1992); one daughter and son-in-law, Mary Jane and Tom Wise; one sister, Marion Kneip and one great grandson, D.J. Winchell, Jr.

The family would like to extend their sincere appreciation to the staff at Harvest View for the care and attention given to Bill. The kindness shown will be forever remembered by the entire family.

The family will receive friends for a visitation on Wednesday January 2, 2019 between the hours of 3:00 p.m. and 7:00 p.m. at Reeves Funeral Home, 203 Liberty Street in Gardner. Funeral services will follow Thursday morning, January 3, 2019 at 10:00 a.m. in the funeral home with Reverend Jan Chandler from Church of Hope officiating.

Burial will be in Braceville-Gardner Cemetery, where Bill will be laid to rest with his late wife Theresa.

Preferred memorials in lieu of flowers may be made to the family for a memorial, which will be extended to Harvest View in Bill’s memory.

Family and friends may sign the guest book, upload photographs or share Bill’s memorial page online by logging onto: www.ReevesFuneral.com/notices/Bill-Hollmeyer

Funeral services arrangements have been made under the direction and care of Reeves Funeral Homes, Ltd. in Gardner. ( 815-237-2526 )

To order memorial trees or send flowers to the family in memory of Bill Hollmeyer, please visit our flower store.
Send a Sympathy Card