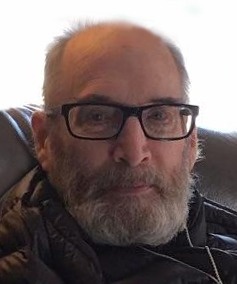 Born December 13, 1943 in Bowling Green, Kentucky, William James III, was the son of Joe Moorman and Virginia Aileen (Mansfield) Robertson. He was raised in the St. Paul, Minnesota area; graduated from Alexander Ramsey High School and went on to honorably serve in the United States Army.

On April 24, 1966, Bill married Faith Becker, the love of his life, in Dayton, Ohio, and together they made a home and raised their children. Throughout the years, Bill held various positions from being a mens clothing buyer, to being employed with the Southwest Regional Energy Council, and a computer programmer with Murray Travel.

Bill was a member of the Mensa Society, and in years past was active in Celebrate Recovery, Marriage Encounter and volunteered with prison ministry. He participated and was a sponsor of The Walk to Emmaus, and was a former member of Cornerstone United Methodist Church in Garland, Texas.

One who loved good books and movies, Bill was an accomplished and published poet and writer. He cherished playing Ghost with his grandkids, and will be most remembered as a person who was completely accepting of everyone and showed unconditional love to all.

Bill was preceded in death by his parents; wife, Faith on March 15, 2021; one son Steven James Robertson; one brother in infancy and his sister-in-law, Kathryn Becker.

The family will receive friends for a memorial visitation at Reeves Funeral Home, 75 N. Broadway (one block north of Illinois Route 113) in Coal City on Tuesday, March 8, 2022 from 4:00 p.m. until the time of memorial service 4:30 p.m. Pastor Brad Shumaker from the Coal City United Methodist Church will officiate.

Those wishing to participate in the services virtually are welcome to join the live stream or watch on-demand via the link available on Bill’s memorial page.

To send flowers to the family in memory of Bill Robertson, please visit our flower store.

Send a Sympathy Card
In memory of Bill Robertson, please consider making a donation to one of the following charities: