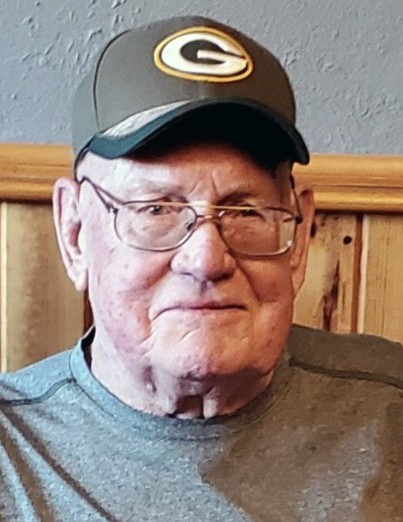 Born March 23, 1939 in Pax, West Virginia, Bobby Adrian was a son of Charlie and Ada (Bailey) Billings. He was raised in West Virginia, and on July 16, 1960, Bob married Rosetta Dale Jones at his sister-in-law’s home in Cicero, Illinois.

Bob was employed by the Reichhold Chemical Company in Morris, where he retired as a production manager following 31 years of faithful service. He enjoyed spending his time outdoors hunting and fishing, and especially took pleasure in camping and spending many winters in Florida. Bob was an avid Green Bay Packers fan, and made sure his entire family was as well.  Above all else, he was a devoted Christian, family man who will most be remembered as a dedicated husband, father and PawPaw.

Bob was preceded in death by his parents; wife, Rose on January 24, 2021; and fifteen siblings.

The family will receive friends for a visitation at Baskerville Funeral Home, 700 East Kahler Road in Wilmington on Thursday, May 20, 2021 from 10:00 a.m. until the time of funeral service, 12:00 p.m. Grant Billings and Tim Wolfe will officiate.

Those wishing to participate in the funeral services virtually are welcome to join the live stream beginning on Thursday, May 20, 2021 at 12:00 p.m. A link for the event will be available on Bob’s memorial page.

Preferred memorials may be made as gifts in Bob's memory to Uplifted Hospice.

Family and friends are encouraged to sign the guest book, upload photographs and share Bob’s memorial page online through social media by logging onto: www.BaskervilleFuneral.com/obituary/Bob-Billings.

To order memorial trees or send flowers to the family in memory of Bob Billings, please visit our flower store.
Send a Sympathy Card