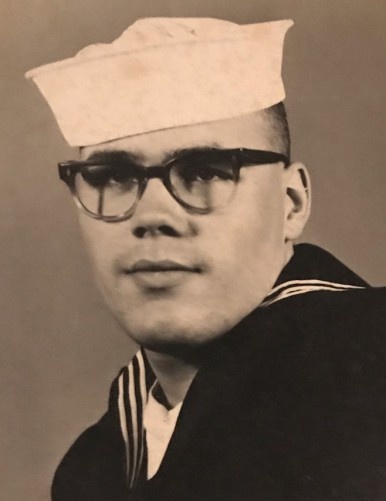 Age 77 of Wilmington and formerly of Romeoville, Illinois, passed away Wednesday, March 31, 2021 at AMITA Saint Joseph Medical Center in Joliet.  Born February 14, 1944 in Otsego, New York, Robert was a son of Richard and Odette (Nee Snyder) Foland.  He was raised and educated in Sidney, New York and later went on to receive his Associates Degree from Lewis University.   Bob honorably served in the United States Navy from 1962 to 1966, during which time he married Camellia (Nee Friddle) in Wilmington.

Bob worked for American Airlines for over 40 years as a Crew Chief, and he enjoyed camping, fishing, and boating with friends. He liked watching home improvement shows, especially This Old House, and cooking shows that highlighted different cuisine from around the world. Bob also took great joy in watching Jeopardy with his late son, Rich, and competing to see who could get the most correct answers.  Family meant the world to Bob and he loved being a part of every family outing and event. He also enjoyed going to the races, driving around and looking at Christmas light displays during the holiday season, and took pride in making sure everyone in the family knew how to drive a stick shift to be self-sufficient.

Bob was preceded in death by his parents: Richard and Odette Foland; son Richard; and his brother John.

The family will receive friends for a visitation on Monday, April 5, 2021 at Baskerville Funeral Home, 700 East Kahler Road in Wilmington from 9:00 a.m. until 10:30 a.m. Funeral services will follow at 11:00 a.m. in St. Rose Catholic Church, 604 South Kankakee Street, in Wilmington, where a Mass of Christian Burial will be celebrated with Reverend Sebastian Gargol presiding.

Those wishing to participate in Bob’s services virtually are invited to watch the live stream on Monday morning starting at 11:00 a.m. A link for the event will be available his memorial page.

Bob will be in Mount Olivet Cemetery in Wilmington, where he will be laid to rest with his son.

Family and friends are encouraged to sign the guest book, upload photographs and share Bob’s memorial page online through social media by logging onto: www.BaskervilleFuneral.com/obituary/Bob-Foland

To order memorial trees or send flowers to the family in memory of Bob Foland, please visit our flower store.