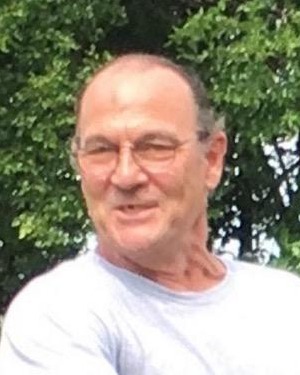 Born May 31, 1958 in Morris, Illinois, Brett Arthur is a son of Lois Margaret (nee Weber) Wharrie of Coal City and the late Jack Edward Lindner. He was raised in Wilmington and Braidwood and worked many years for Chicago Aerosol.

Brett loved music and enjoyed playing the guitar. Some of his favorite pastimes were playing bags, watching both NASCAR and football, and being outdoors.  Brett took pleasure in planting his garden and tending to the yard. He will most be remembered for his personable demeanor and cherished his time hanging out with his friends.

The family will receive friends for a visitation at Reeves Funeral Home, 75 North Broadway (one block north of Illinois Route 113) in Coal City on Saturday, September 17, 2022 from 12:00 p.m. until time of funeral service 3:00 p.m. Rev. Dr. Roy Backus will officiate, and cremation rites will be accorded at the conclusion of the services.

Preferred memorials may be made as gifts in Brett’s memory to the family for their distribution.

To send flowers to the family in memory of Brett Lindner, please visit our flower store.
Send a Sympathy Card