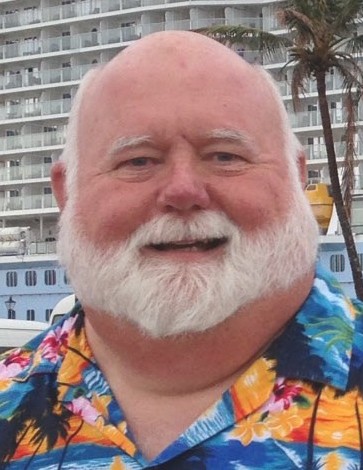 Born September 8, 1946, in Indianapolis, Indiana, Bruce Richard was the son of George and Mary (nee Henderson) Browning. He was raised and educated in the North Side Suburbs of Indianapolis, where he attended Washington Township and North Central High Schools. Bruce would later graduate from Indiana University with a Bachelor of Science Degree in Education and went on to complete his Master of Science Degree in Administration at Loyola University.

He was an educator for his entire career and retired as the Dean of Students at Jane Addams Middle School in Bolingbrook, Illinois. After retiring, Bruce served as the Wesley Township Assessor for three years and was a member of the Wilmington Rotary Club. He wintered in Naples, Florida, where he also joined the Naples Elk Club, and especially enjoyed visits from friends and family who arrived from “the cold." Bruce spent time during the summer at his home on Ash Lake in Minnesota, where he would fish and enjoy nature.

Bruce is survived by his wife, Diana (nee Zolecki) Browning, whom he married on October 6, 1984; two children: Sarah (Josh Tannehill) Browning of Catlett, Virginia, and Matt (Christine) Browning of Suffolk, Virginia; two granddaughters: Cameron and Olivia; his mother-in-law: Theresa Zolecki of Wilmington and brothers and sister-in-law: Michael (Linda) Zolecki of Channahon, Victor Zolecki of Decatur, and Anna (Michael) Shores of Columbus, Indiana; as well as numerous nieces and nephews; and special family friend, Angelic (Matt) Addonizio of Camden-Wyoming, Delaware, who was like a daughter to Bruce.

Bruce was preceded in death by his parents and father-in-law: Albert Zolecki.

The family will receive friends on Saturday, March 14, 2020, at Baskerville Funeral Home, 700 East Kahler Road, in Wilmington from 11:00 a.m. until the time of funeral service at 3:00 p.m. Those attending the visitation and services are encouraged to wear Hawaiian shirts, in memory of Bruce’s fondness for them. Flameless cremation rites will be accorded following the services.

Preferred memorials may be made as gifts in Bruce’s memory to: Wilmington Rotary Scholarship Fund.

To order memorial trees or send flowers to the family in memory of Bruce Browning, please visit our flower store.
Send a Sympathy Card