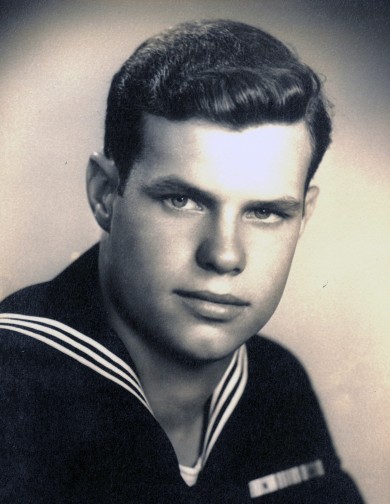 Born December 5, 1925 in Boonville, Indiana, Charles Clayton was a son of Gerald and Laura (Cissna) Bullock. He was raised and educated in Wilmington and graduated from Wilmington High School with the Class of 1944.

On June 28, 1944, Bud entered into the United States Navy where he served in the Pacific Theater of Operations, and was honorably discharged on June 6, 1946. Following his tenure in the service, Bud gained employment with the Lehon Company for the following 18 years before going to work with Johnson and Johnson Personal Products, where he retired from in 1998 after 28 years.

Remembered as a family man, Bud enjoyed woodworking and leaves behind many of his handmade items which included rocking horses and candle holders to mention a few. In his free time, he also took pleasure in fishing and hunting.

Bud was preceded in death by his parents, and one sister, Geraldine Lewis.

The family will receive friends for a visitation at the First United Methodist Church, 401 East Kahler Road in Wilmington on Monday, April 23, 2018 from 10:00 a.m. until time of funeral service 11:30 a.m.  Reverend Harriette Cross will officiate.

Family and friends may sign the guest book, upload photographs or share Bud’s memorial page online by logging onto: www.BaskervilleFuneral.com

To order memorial trees or send flowers to the family in memory of Charles Bullock, please visit our flower store.
Send a Sympathy Card