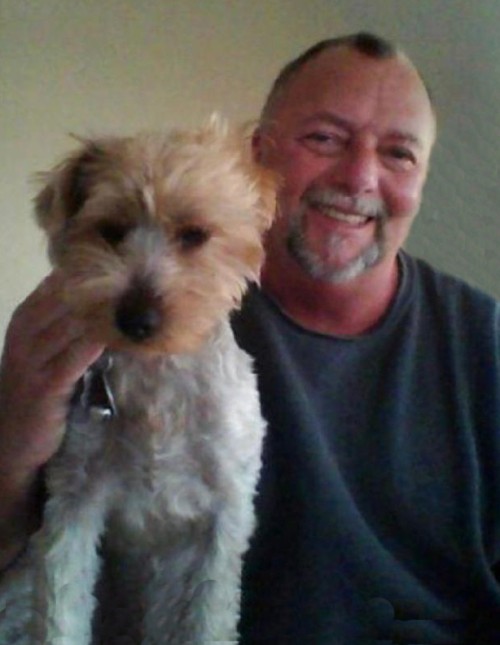 Age 69 of Wilmington, passed away unexpectedly and alongside his canine companion, Sammy, as the result of a motor vehicle accident on October 12, 2020.

Born October 28, 1950 in Joliet, Illinois, Charles James was a son of James and Thelma (Plager) Butcher. He was raised and educated in Wilmington, and went on to honorably serve in the United States Navy. On June 12, 1982, Charles married Catherine “Cathy” Hooper, and together they made their family and raised their three daughters in Wilmington.

Charlie was employed with ComEd, and worked as a Troubleman out of the Joliet and Bradley facilities before retiring after 30 years of service. He loved to power parachute, and took pleasure in the outdoors, animals of all kinds, and spending time at the family Circle B Farm. Charlie enjoyed traveling, especially to Arizona, and will be remembered for his love of family, his children, and not to forget his eclectic style.

Charlie was preceded in death by his parents.

A private family visitation and funeral will be held. Those wishing to participate in Charlie's services online are welcome to join the live-streamed services on Friday, October 16, 2020, beginning at 2:00 p.m by logging onto his memorial page.

Charlie will be laid to rest in Oakwood Cemetery, Wilmington.

Preferred memorials may be made as gifts in Charlie’s memory to the Wounded Warrior Project.

Family and friends are encouraged to sign the guest book, upload photographs and share Charlies memorial page online through social media by logging onto: www.BaskervilleFuneral.com/obituary/Charles-Butcher

To order memorial trees or send flowers to the family in memory of Charles Butcher, please visit our flower store.
Send a Sympathy Card