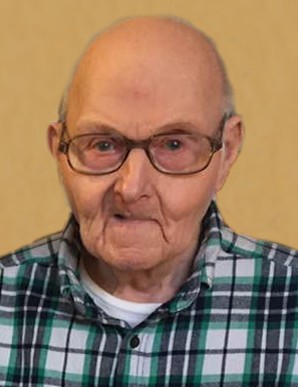 Age 87 of Diamond, passed away peacefully on Wednesday evening, October 30, 2019 at his home.

Born April 9, 1932 in Joliet, Illinois, Charles Herbert was a son of Walter E. and Doris M. (French) Johnson. He was raised and educated in Joliet and graduated from Joliet Township High School. Charlie went on to honorably serve in the United States Air Force, where he was a medic during the Korean Conflict.

He was a member of Grace Lutheran Church in Wilmington, and had a love of classical music.

Survivors include two sisters: Mary Smith of Diamond and Annette Johansson of Indianapolis, Indiana, as well as several nieces and nephews.

Charles was preceded in death by his parents.

Inurnment will be in Elmhurst Cemetery, Joliet.

Preferred memorials may be made as gifts in Charles’ memory to Joliet Area Community Hospice, 250 Water Stone Circle, Joliet, IL 60431

Family and friends may sign the guest book, upload photographs or share Charles memorial page by logging onto: www.BaskervilleFuneral.com/notices/Charles-Johnson

Green flameless cremation rites and memorial arrangements have been made under the direction and care of Baskerville Funeral Home in Wilmington. (815-476-2181)

To order memorial trees or send flowers to the family in memory of Charles Johnson, please visit our flower store.
Send a Sympathy Card