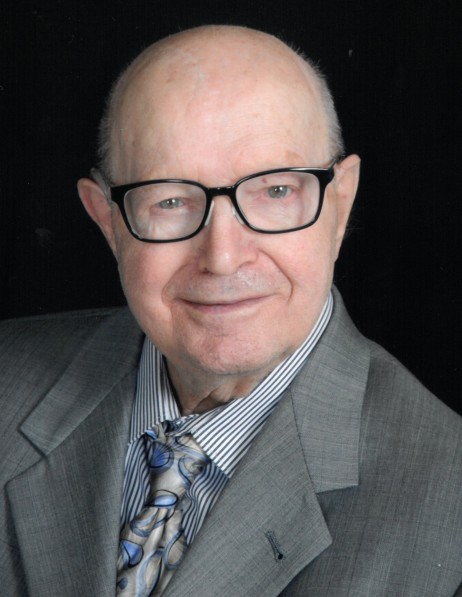 Born July 30, 1924 in Lampman, Saskatchewan, Canada, Christian was a son of Emmanuel and Marian (Berger) Resler. He was raised and educated in Canada, and on December 28, 1957, Christian married Joan Planeta in Assumption Catholic Church in Coal City.

He retired from Federal Paperboard and after retirement went to work as a security guard at Alumax, and later gained employment with First Midwest Bank as a custodian.

Christian was a dedicated member of Immaculate Conception Catholic Church in Morris, where he enjoyed tending to the prayer garden and served as an usher. He was also installed into the Knights of Columbus on February 1, 1977 and graduated to a fourth degree in the Dupontaris Council #845.

A great neighbor who was always willing to help anyone in need, Christian was a true handyman, who enjoyed woodworking, painting and working in his yard.

The family will receive friends for a visitation at Immaculate Conception Catholic Church, 600 East Jackson Street in Morris on Monday, April 23, 2018 from 9:00 a.m. until time of funeral service 11:00 a.m. A Mass of Christian Burial will be celebrated with Reverend Ed Howe, CR presiding.

Burial will be in Mount Carmel Catholic Cemetery in Morris, where Christian will be laid to rest with his late wife Joan.

Preferred memorials may be made as gifts in Christian’s memory to Immaculate Conception Catholic School, 505 E. North Street, Morris, IL 60450.

Family and friends may sign the guest book, upload photographs or share Christian’s memorial page online by logging onto: www.ReevesFuneral.com

Funeral services and arrangements have been made under the direction of Reeves Funeral Homes, Ltd. in Morris. (815-942-2500)

To order memorial trees or send flowers to the family in memory of Christian Resler, please visit our flower store.
Send a Sympathy Card