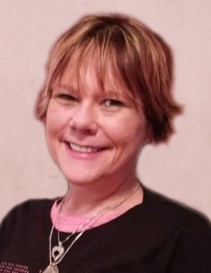 Born July 15, 1976 in Morris, Illinois, Christina Louise is a daughter of Patricia E. (Petty) Mansfield of Coal City and the late Richard L. Mansfield. She was raised and educated in Gardner and graduated from Gardner South Wilmington High School with the Class of 1994. Chris worked as a dental assistant for over 20 years, and most recently held employment with Naperville Dental Center.

Preferred memorials may be made as gifts in Chris’ memory to her family for their distribution.

Family and friends may sign the guest book, upload photographs or share Chris’ memorial page online by logging onto: www.ReevesFuneral.com

To order memorial trees or send flowers to the family in memory of Christina Mansfield, please visit our flower store.
Send a Sympathy Card