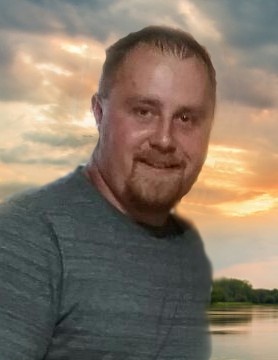 Born July 11, 1989 in Chicago, Cody Lee is a son of Trina (nee Allen) England and Henry Dotson. He attended Lyons Township High School, and was self-employed along with his father at A All American Plumbing and Sewer.

One who loved the outdoors, Cody took pleasure in fishing and riding his motorcycle, as well as his trucks and cars. He was truly a dedicated dad, who had a kind heart and will be remembered for his larger than life personality.

Cody was preceded in death by his grandfather, Lonnie Dotson and uncles: Lonnie Spencer and John Layne.

Cremation rites are being accorded, and the family is planning a celebration of Cody’s life for a later date.

Family and friends are encouraged to sign the guest book, upload photographs and share Cody’s memorial page online through social media by logging onto: www.ReevesFuneral.com/obituary/Cody-Dotson

To order memorial trees or send flowers to the family in memory of Cody Dotson, please visit our flower store.