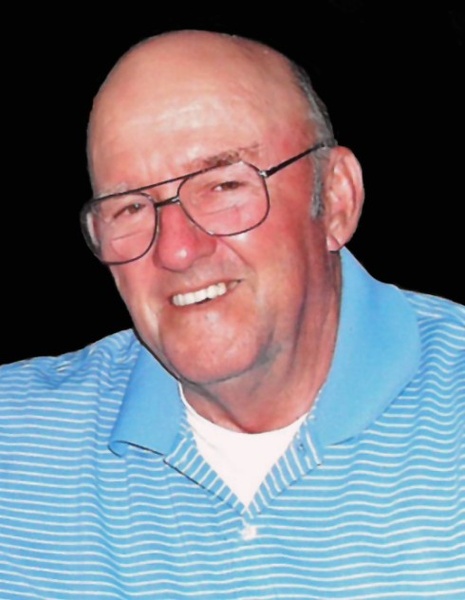 Age 80 of Morris, passed away Saturday, November 9, 2019, at Park Pointe Healthcare and Rehabilitation in Morris.

Born July 10, 1939 in Streator, David Michael was a son of Joseph and Anna (nee Mueller) Maskel. He was raised and educated in Morris, and graduated from Morris High School with the Class of 1957. David served honorably in the United States Army from 1958 to 1961, and on March 2, 1963, he married Phyllis Elaine Brooks at the Church of Hope in Gardner.

He was employed by Federal Paperboard paper mill in Morris for twenty years, and later by Stepan Chemical Company for another twenty years until he retired. David was a member of the American Legion Post #294 in Morris, as well as the Dwight Country Club. He was an avid golfer, and in retirement he would try and golf seven days a week if he could.

David lived and breathed Morris High School Redskin Football, and was a devoted season ticket holder. He would often go for long walks along the I & M Canal, always wearing his radio headphones listening to the WCSJ radio station. David was a hard worker and self-taught handyman, taking it upon himself to rehab both homes he and his family lived in over the years. He and his wife Phyllis looked forward to taking trips, especially to Branson, Missouri. David was a simple man who loved his family, and always tried to put others’ needs before his own.

Per David’s wishes, cremation rites have been accorded.

The family will receive friends for a memorial visitation on Thursday, November 14, 2019, at Reeves Funeral Home, 408 East Washington Street (one block east of Illinois Route 47), in Morris from 3:00 p.m. until time of memorial service at 7:00 p.m. Committal services with Full Military Honors will be held on Wednesday, November 20, 2019, at Abraham Lincoln National Cemetery, 20953 West Hoff Street, in Elwood at 9:30 a.m., where David will be laid to rest with his wife.

Family and friends may sign the online guestbook, upload photographs, or share David’s memorial page by logging onto: www.ReevesFuneral.com

To order memorial trees or send flowers to the family in memory of David Maskel, please visit our flower store.