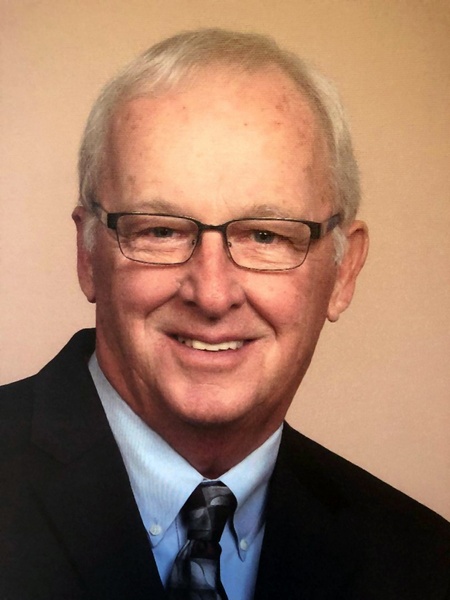 Born June, 3, 1945 in Pontiac, Donald Allen was a son of Thomas and Anna (Logier) Duffy. He was raised in Pontiac and graduated from Pontiac Township High School with the Class of 1963. Don was drafted into military service, and served in the United States Army from 1966 until his honorable discharge in 1968. On April 17, 1971, Don married Nancy Jane Shoop at Saint Mary Catholic Church in Pontiac, and they would settle down in Wilmington where they lived and raised their family.

Following his military service, Don joined the Sheet Metal Workers Local Union 265 where he was a member for 39 years. In 1985, he became the owner of Elens & Maichin Roofing & Sheet Metal, Inc. in Joliet which he owned and operated until his retirement in 2009. Don was proud to work for himself and alongside his family as his business flourished. He was a member of Saint Rose Catholic Church in Wilmington, the Planning and Zoning Committee in Wilmington, and the Building and Grounds Committee for Providence Catholic High School in New Lenox, Illinois.

When he wasn’t working, Don spent as much of his time as he could on a golf course. He and Nancy spent their winter months in Ft. Myers, Florida where he loved spending time boating and being out in the sunshine. Don was a loving family man who always put their needs above his own and cherished spending time with his grandchildren and great grandchildren. He was loyal and honest, and dedicated himself to leaving his world better than he found it for those he leaves behind.

Don was preceded in death by his parents; two brothers: John Duffy and David “Ike” (Carol) Duffy; and one nephew, Brian Olson.

The family will receive friends for a visitation at Baskerville Funeral Home, 700 East Kahler Road, in Wilmington on Sunday, July 17, 2022 from 12:00 p.m. to 5:00 p.m. Funeral services will be Monday, July 18, 2022 at Saint Rose Catholic Church, 604 South Kankakee Street, in Wilmington at 10:00 a.m. A Mass of Christian Burial will be celebrated with Reverend John Merkelis presiding, and burial with full military honors will follow at Mount Olivet Catholic Cemetery in Wilmington.

Preferred memorials may be made as gifts in Don’s memory to: Kuzma Care Cottage in Wilmington, University of Chicago Medicine Oncology Department, and Providence Catholic High School.

Funeral services and arrangements have been made under the direction and care of Baskerville Funeral Home in Wilmington (815-476-2181) www.BaskervilleFuneral.com

To send flowers to the family in memory of Donald "Don" Duffy, please visit our flower store.