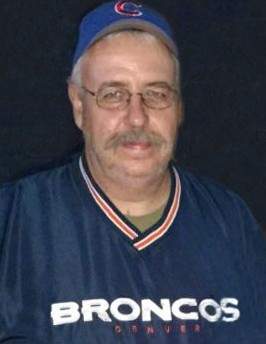 Born October 6, 1969 in Morris, Illinois, Donald Wayne is a son of Donald Duane Harvey and the late Jacquline Sandra (nee Markwell) Harvey.  He was raised in Braceville; attended Braceville Grade School and graduated from Mazon High School with the Class of 1988. Following high school Donald went on to attend Universal Mechanical Institute. He worked as a mechanic at Wilmington Ford, as well as at Rub Ford before gaining employment with Stone Container. He was most recently employed as a Baler Operator at WestRock in New Lenox.

A collector of vinyl records; Donald also enjoyed drag racing, 80’s rock, detailing his vehicles, roller skating, and old westerns. In his free time he took pleasure in watching re-runs of MASH, building model cars and cooking, smoking and barbequing outdoors. He had a love of the outdoors, cherished his dog Jack, and will be remembered as a fan of the Fighting Illini, the Chicago Cubs, and especially that of the Denver Broncos.

Donald was preceded in death by his mother, Jacquline; grandparents: Hilda and Douglas Beckett and George and Mary Harvey and one uncle, David Beckett.

Burial will be in Braceville-Gardner Cemetery, and pallbearers will be: Andrew Harvey, Jeff Perino, Bill Weaver, Andy Castillo, Vyvyanne Perino and Danny Keck.

Preferred memorial may be made as gifts in Donald’s memory to the family for their distribution.

Family and friends may sign the guest book, upload photographs or share Donald’s memorial page online by logging onto: www.ReevesFuneral.com/notices/Donald-Harvey

To order memorial trees or send flowers to the family in memory of Donald Harvey, please visit our flower store.