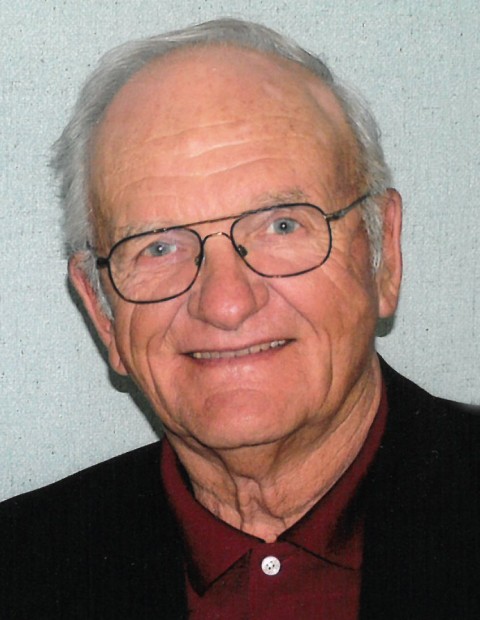 Age 84 of Morris, passed away unexpectedly on Wednesday, September 19, 2018 at his home.

Born November 18, 1933 on the family farm in Seward Township, rural Minooka, Donald Edwin was a son of John Edwin and Verna Bernice (Hegland) Williamson. He was raised and educated in the Minooka schools and graduated from Minooka High School. Following high school Don went on to attend college in Iowa.

On February 9, 1957, Don married Joda Lea Hanson in Plattville Lutheran Church. Together they made their home in Yorkville before returning back to Minooka. Don and Joda enjoyed traveling across the country with friends and family before moving to Morris and eventually wintering in Okeechobee, Florida.

Initially, Don worked for Kendall-Grundy Farm Service, where he drove a gas truck. He later took a position with Tri-County Bank in Minooka, where he spent the majority of his career and retired as Vice-President. Following his retirement from the bank, Don took a position with Brown and Lambrecht Earthmovers as a truck driver for several years. It was also during these years that Don enjoyed helping his brother Dale on the farm.

Don was a member of the Kendall County Farm Bureau, was active with both the Yorkville Lions Club and Jaycee’s, and served as a volunteer fireman for Minooka Fire Department. He belonged to the Suburban Teamsters and attended both Lisbon Bethlehem Lutheran Church, as well as Plattville Lutheran Church.

A man of vast interests, Don is most remembered for his love of fishing. He was an avid Chicago Cubs fan and in later years took up wood carving and painting decoys. Don cherished his family and took great pleasure in spending time with his grandchildren.

The family will receive friends for a visitation at Reeves Funeral Home, 408 East Washington Street (one block east of Illinois Route 47) in Morris on Monday, September 24, 2018 from 10:00 a.m. until the time of funeral services, 12:00 p.m. Pastor William Shields will officiate, and burial will follow in Lisbon Cemetery, where Don will be laid to rest with his late wife, Joda.

Preferred memorials may be made as gifts in Don’s memory to Grundy Community Volunteer Hospice, 518 West Illinois Avenue, Morris, IL 60450

Family and friends may sign the guestbook, upload photographs or share Don’s memorial page online by logging onto: www.ReevesFuneral.com/notices/Donald-Williamson

Funeral services and arrangements have been made under the direction and care of Reeves Funeral Homes, Ltd. in Morris. (815-942-2500)

To order memorial trees or send flowers to the family in memory of Donald Williamson, please visit our flower store.
Send a Sympathy Card