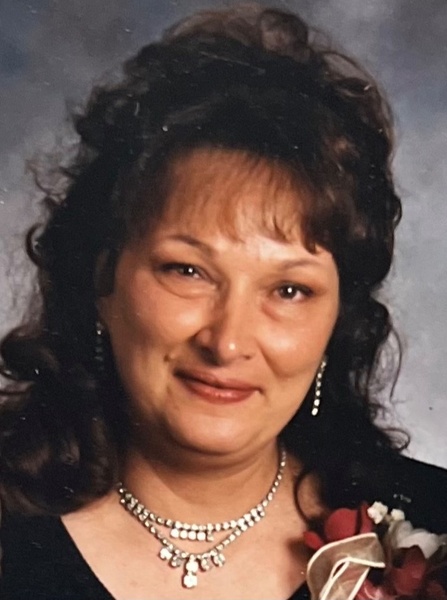 Born July 25, 1950 in Joliet, Donna Kay was a daughter of Glenn and Mary (Pavich) Gibson. She was raised in Wilmington and educated in the Wilmington Public Schools. One of Donna’s first jobs was at the Launching Pad Drive-in, and she later made her career in skilled care. She retired as the Director of the Alzheimer Unit at Aperion Care in Wilmington following 20 years of dedicated service.

Donna loved antiques and couldn’t pass by a flea market. She took pleasure in reading; loved her flowers and gardening, and enjoyed the arts through watching movies, and attending plays and musicals. Throughout the years, she bowled on a league in Wilmington, and was proud to be a second generation Elvis enthusiast.

What Donna will be remembered for is her dedication to Alzheimer’s, and this was only second to her love of family. She adored her grandchildren, and they could do no wrong.

Donna was preceded in death by her parents, one brother, Glenn Gibson, Jr. (1968) and her step-daughter, Gloria Williamson.

The family will receive friends for an open house, memorial visitation to celebrate Donna’s life at Baskerville Funeral Home, 700 East Kahler Road in Wilmington on Wednesday, July 27, 2022 between the hours of 3:00 p.m. and 8:00 p.m.

Preferred memorials may be made as gifts in Donna’s memory to her family for their distribution to local charities of their choosing.

Cremation and memorial services have been made under the direction and care of Baskerville Funeral Home in Wilmington. (815-476-2181) www.BaskervilleFuneral.com

To send flowers to the family in memory of Donna K. Williamson, please visit our flower store.