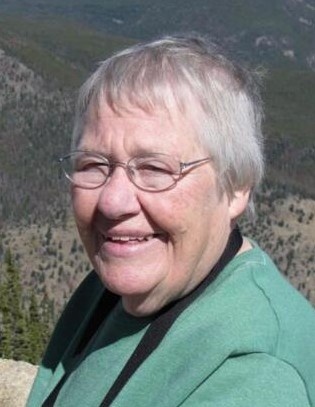 Age 85 of Coal City, passed away peacefully on Tuesday morning, September 15, 2020 at her home.

Born August 9, 1935 in Thayer, Kansas, Doris Elaine was a daughter of Henry Thomas and Effie Corrine (Bussert) Alexander. She was raised in Cherryvale, Kansas and graduated from Cherryvale High School with the Class of 1953. On March 14, 1954, Doris married Raymond L. Bottens, and together they made their home in Braidwood before relocating to Coal City in 1964. Doris was an active member of New Hope Presbyterian Church in Coal City, where she taught Sunday school. Over the years she held employment with Hooks Pharmacy, Bellettini’s and Matteson Tru-Valu Hardware, as well as run the little league concession stand. In her free time Doris enjoyed reading, scrapbooking and gardening, and will be remembered as loving all sports, especially the Chicago Cubs and Green Bay Packers.

Green flameless cremation services have been accorded. The family will receive friends for a memorial visitation on Saturday, September 26, 2020 at Reeves Funeral Home, 75 North Broadway Street, in Coal City from 9:00 a.m. until the time of memorial service at 10:30 a.m. Due to mandates issued by the Illinois Department of Public Health, attendance to the service will be limited. Those wishing to participate in Doris’ services online are invited to watch the live stream on Saturday morning starting at 10:30 a.m. by logging onto her memorial page.

Please note that face mask requirements and measures of safe social distancing practices will be in order. The funeral home staff will assist the family not to exceed the safe number set forth for the visitation.

Doris and Raymond will be laid to rest in Colorado.

Preferred memorial may be made as gifts in Doris’ memory to Joliet Area Community Hospice, 250 Water Stone Circle, Joliet, Illinois 60431.

The family wishes to extend a special thank you to the great neighbors on West Third and Fourth Street for their friendship and support over the years. In addition they wish to express their heartfelt appreciation to the loving and faithful caregivers who attended to both Doris and Raymond over the past 4 years.

Family and friends are encouraged to sign the guest book, upload photographs and share Doris' memorial page online by logging onto: www.ReevesFuneral.com/obituary/Doris-Bottens

To order memorial trees or send flowers to the family in memory of Doris Bottens, please visit our flower store.