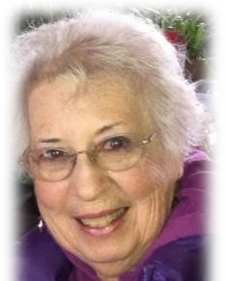 Doris Esslinger was born on April 5, 1932, to Robert H. and Irene E. Davies of Stronghurst, IL.  Her family later relocated to Mazon, IL where she graduated from Mazon Township High School.  Education was always important to Doris and after getting her bachelor’s degree in Education, she went on to pursue her Master of Science degree from Bradley University in 1974.  After graduation with her bachelor’s degree, Doris worked as a Home Economics teacher for Pekin Community High School until her retirement in 1988 after 20 years of service.

Doris married Louis J Esslinger in 1954 and they established their home in Pekin, IL.  Doris and Lou went on to have one son, Marty, in 1964.  Although the couple divorced in 1973, they remained friends until Lou’s death in 1988.

Doris was always a very active person with many interests and enjoyed spending time with her family and friends, particularly her son Marty and her sister Alice.  Doris loved sports, and especially loved watching baseball.  She also enjoyed playing cards, dancing, traveling, listening to bluegrass and country music, and the outdoors.  Retirement gave Doris time to pursue her love of horses and trail riding. In 2000, Doris moved to Manito, IL where she had room for her horses and dogs.  Doris had an extensive network of friends and traveled all over with her horses after her retirement.  She would often travel with her horses for several months in the winter predominantly throughout the southwest.

In 2019, Doris relocated to Mt. Juliet, TN with her dear friend Dawn Page and Dawn’s husband Tom.  Doris often said that Dawn was like a daughter to her, and for the last several years Dawn took care of Doris.

Cremation rites have been accorded. A memorial visitation will take place at Henderson Funeral Home, 2131 Velde Drive, in Pekin, IL on Monday, September 26, 2022, from 5 p.m. until 8 p.m., and on Tuesday, September 27, 2022, from 10:00 a.m. until time of memorial service at 11:00 a.m. Deacon Mark Wilder will preside and Doris will be laid to rest in Evergreen Cemetery in Morris, IL beside her son Louis M. "Marty" Esslinger.

Preferred memorials in Doris's memory may be made to your local animal shelter.

Cremation and memorial arrangements have been made under the direction and care of Reeves Funeral Home, 408 East Washington Street, in Morris, IL. (815-942-2500)

To send flowers to the family in memory of Doris A. Esslinger, please visit our flower store.
Send a Sympathy Card