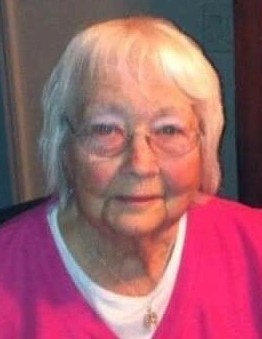 Age 93 of Gibson City, and formerly of Morris and Coal City, passed away Thursday, March 4, 2021 at Carle Foundation Hospital in Urbana.

Born January 4, 1928 in Coal City, Dorothy was a daughter of James and Rose (Sistek) Lamie. She married Eugene Erickson who preceded her in death. She later married Robert Smith who also preceded her.

Per Dorothy’s wishes, private graveside services will be held at Lisbon Cemetery.

Memorials may be made to the family or to charities of their choice.

Family and friends are encouraged to sign the online guest book, upload photographs, and share Dorothy’s memorial page by logging onto: www.ReevesFuneral.com

Funeral services and arrangements have been made under the direction and care of Reeves Funeral Homes, Ltd. In Morris (815) 942-2500.

To order memorial trees or send flowers to the family in memory of Dorothy Erickson-Smith, please visit our flower store.