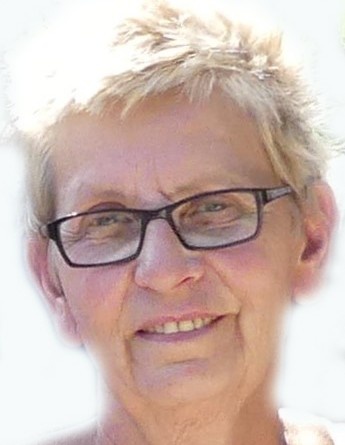 Age 68 of Diamond, formerly of Kalamazoo, Michigan, Alabama, and Mahomet, Illinois, passed away suddenly on Friday June 21, 2019 in Cancun, Mexico.

Born September 16, 1950 In Kalamazoo, Dorothy Jean was a daughter of Wayne Roberts and Geraldine Gilmore. She was raised and educated in Kalamazoo, and graduated from Parchment High School. Dorothy relocated to Alabama where she began her career in the nuclear power industry. She was employed as a radiation protection technician at Browns Ferry Nuclear Plant in Athens, Alabama, and later with Stone and Webster Engineering Company as an administrative consultant.

Dorothy relocated to Illinois, and married Edward Bryan Millard on May 5, 1984, in Saint Charles at the Congregational United Church of Christ. She and Edward would eventually settle in Diamond, where she previously served as the building inspector.

Dorothy embraced being a homemaker and raising her family. She had a knack for entertaining children, who would always gravitate towards her. Dorothy loved to travel with her spare time and had recently taken up taekwondo, but her priority was always her family and providing a loving home for them.

Survivors include her husband: Edward of Diamond; three children: Samantha Renee Gawthorp of Pekin, Illinois, Wyatt Bryan Millard of Lakewood, Colorado, and Ashleigh Renee Millard of Diamond; her step-father: Ken Gilmore of Michigan; four siblings: Brenda Roberts and Robin (Kenneth) Fuller, both of Alabama, and Fran (Scott) Shank and Wayne (Julie) Roberts, both of Michigan; brothers-in-law and sister-in-law: Johnny Harris of Alabama, Keith Millard (Belinda Kurtz) of Minooka, and Toni Law of Orlando, Florida; as well as many cousins and numerous nieces and nephews.

Dorothy was preceded in death by her parents; maternal and paternal grandparents, including: Rev. Johnnie and Rev. Minnie Lee Roberts; two sisters: Wanda Harris and Barbara in infancy; and one sister-in-law: Patti (Roger) Carlock.

Family and friends may sign the online guest book, upload photographs, or share Dorothy's memorial page by logging onto: www.ReevesFuneral.com/notices/Dorothy-Millard

Funeral services and arrangements have been made under the direction and care of Reeves Funeral Homes, Ltd. in Coal City, Illinois (815) 634-2125.

To order memorial trees or send flowers to the family in memory of Dorothy Millard, please visit our flower store.