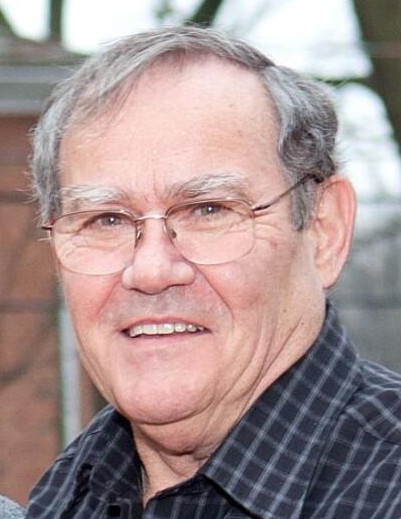 Born November 1, 1941 in Joliet, Illinois, Douglas Edward was a son of Edward “Barney” and Maxine McGill-Strobel. He was raised in Wilmington and graduated from Wilmington High School with the Class of 1959. On November 12, 1960, Doug married Frances Klegman in Coal City, and together they made their home and raised their family in Wilmington. Doug gained employment with Commonwealth Edison at the Dresden Station, where he worked for 35 years until his retirement. He was a member of St. Rose of Lima Catholic Church in Wilmington, a former member of the HAM Radio Club, and served as a volunteer fireman in Wilmington. Throughout the years, in addition to enjoying his HAM radio, Doug took pleasure in fishing, watching wildlife, especially the birds, boating, and being on the water. He was a master griller; was proud to have built his own home, and was one who could build or fix anything. He will most be remembered as a wonderful husband, father, and grandfather who spent many of his last years as a caregiver for his parents and dear wife.

The family will receive friends for a graveside service for both Doug and Fran on Friday, June 25, 2021 at 11:00 a.m. in Mount Olivet Cemetery, 36000 Cemetery Road in Braidwood. Doug and Fran's son, Rev. Scott Strobel will officiate.

In lieu of flowers, memorials may be made in Doug’s memory to Kuzma Care Cottage, Our Caring Closet, or to the Wilmington Fire Department.

Family and friends are encouraged to sign the online guest book, upload photographs, and share Doug's memorial page by logging onto: www.BaskervilleFuneral.com/obituary/Douglas-Strobel

Cremation services and arrangements have been made under the direction and care of Baskerville Funeral Home in Wilmington. ( 815-476-2181 )

To order memorial trees or send flowers to the family in memory of Douglas Strobel, please visit our flower store.
Send a Sympathy Card