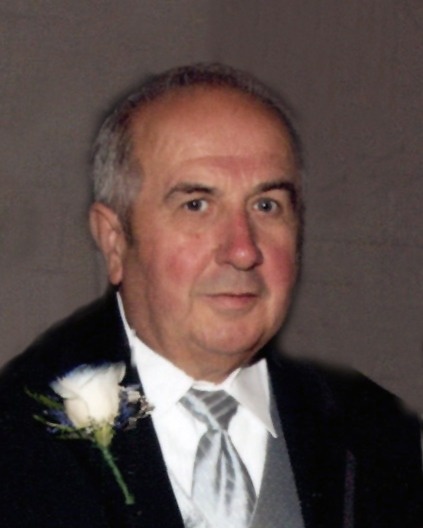 Age 73 of Streator, formerly of Wilmington and Braidwood, died Wednesday, October 5, 2022 at his residence.

Born November 30, 1948 in Shreveport, Louisiana, Doyle was a son of Oliver Daugherty and Katie (Owens) Ferguson. He was raised in Shreveport until relocating to Lockport, Illinois. Doyle then enlisted in the United States Marine Corps, serving honorably from 1969 to 1971. On December 19, 1970, he married Aliene Louise Porterfield at the White Chapel in Las Vegas, Nevada.

Doyle worked at US Steel in Joliet for many years, and retired from Case International Harvester as a millwright. He was also an entrepreneur who owned and operated Continental Amusements from 1982 to 1995, during which time he owned The Mar Theater in Wilmington. Doyle was a member of the A.F & A.M. Lodges in both Joliet and Wilmington, and was also a past member of the Wilmington Chamber of Commerce.

Doyle had many hobbies, including jukeboxes, playing pinball, and movies. He loved visiting Disney World with his family and going for rides on his Honda Goldwing motorcycle, but Doyle was happiest when he was with the love of his life and "Baby", Aliene.

Survivors include his wife of 51 years, Aliene, and their two children: Bridget "Mouthie" and Adam (Jessica); five grandchildren: Jacob (Brittany), Zakary (Alex) , Scott II, Aiddan, and Kennedy; two great grandchildren: Bentley and Delanie; as well as one sister and brother-in-law, and several nieces and nephews.

Doyle was preceded in death by his parents; his step-mother and step-father; two brothers, one sister, one nephew, and his mother-in-law.

The family will receive friends on Thursday, October 13, 2022 at Baskerville Funeral Home, 700 East Kahler Road, in Wilmington from 11:00 a.m. until the time of Masonic Funeral Rites at 1:00 p.m. Burial with full military honors will immediately follow in Abraham Lincoln National Cemetery in Elwood, Illinois.

To send flowers to the family in memory of Doyle Ray Daugherty, please visit our flower store.