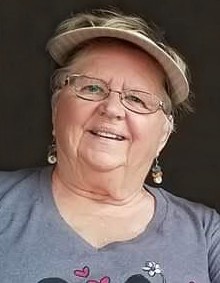 Age 77 of Morris, passed away Friday, August 6, 2021 at her home, surrounded by her loving family.

Born August 21, 1943 in Evanston, Dulcie was the daughter of Stanley, Sr. and June (nee Engstrom) Trygg. She was raised and educated in Joliet, graduated from Joliet Central High School, and married Ronald Partilla. Dulcie attended Joliet Junior College to become a Licensed Practical Nurse and worked as an LPN for over twenty years. In her leisure time she enjoyed going golfing and vacationing to Florida. Dulcie will be remembered for being a great cook and for her devotion to her family as a loving wife, mother, and grandmother.

Dulcie was preceded in death by her parents, one brother, Stanley Trygg, Jr., and one brother-in-law, Tom Partilla.

Per Dulcie’s wishes, cremation rites have been accorded.

The family will receive friends for a memorial visitation on Tuesday, August 10, 2021 at Reeves Funeral Home, 75 North Broadway Street (one block north of Illinois Route 113), in Coal City from 5:00 p.m. until time of memorial service at 7:00 p.m.

A private family inurnment will be held at Woodlawn Cemetery in Joliet.

Preferred memorials may be made as gifts in Dulcie’s memory to a charity of the donor’s choice.

Family and friends are encouraged to sign the online guest book, upload photographs, and share Dulcie’s memorial page by logging onto: www.ReevesFuneral.com

To order memorial trees or send flowers to the family in memory of Dulcie Partilla, please visit our flower store.
Send a Sympathy Card