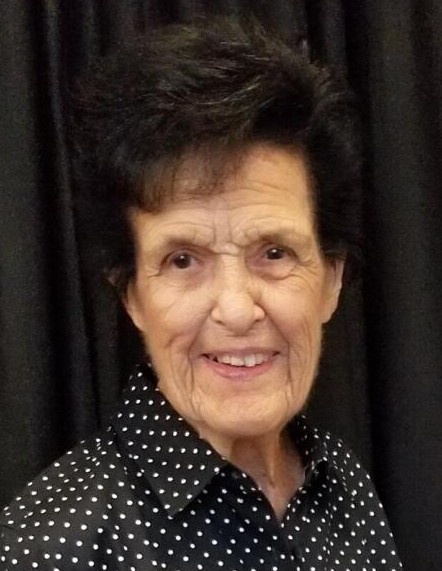 Born January 31, 1929 in Morris, Illinois, Eleanor was a daughter of John and Catherine (Broderick) Bols. She was raised in Morris; graduated from Morris High School, and later went on to attend the Gallagher Business College in Kankakee. Toward the end of World War II, Eleanor gained employment with the Joliet Arsenal before marrying Nobel “Keith” Jackson. Together Keith and Eleanor in additional to making their home in Rockville Township, farmed together and raised their family. She worked aside Keith both in the fields and with the cattle. Later in years, she held employment at Marshall Field’s in Louis Joliet Mall, where she was a manager and worked for over 30 years until her retirement.

Eleanor was a member of St. Rose Catholic Church in Wilmington, and belonged to the Wilmington Recreation Club. She served as a 4-H Leader for many years, and took great pleasure in both flower gardening and vegetable gardening.

Cremation rites have been accorded, and Eleanor and Keith will be laid to rest together at a later date.

Preferred memorials in lieu of flowers may be made as gifts in Eleanor’s memory to a charity of the donor’s choosing.

Family and friends are encouraged to sign the guest book, upload photographs and share Eleanor’s memorial page online through social media by logging onto: www.BaskervilleFuneral.com/obituary/Eleanor-Jackson

Green flameless cremation services and arrangements have been made under the direction and care of Baskerville Funeral Home in Wilmington. (815-476-2181)

To order memorial trees or send flowers to the family in memory of Eleanor Jackson, please visit our flower store.