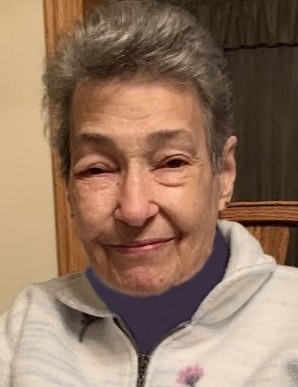 Age 80 of Coal City and formerly of Chicago, passed away peacefully on Monday, July 19, 2021 at Edward Hospital in Naperville, surrounded by her daughters.

Born December 20, 1940 in Chicago, Eleanor Elaine was the daughter of Frederick and Anna (nee Bublis) Vaughn. She was raised and educated in Chicago and graduated from Saint Patrick’s Girls High School. Eleanor enjoyed spending time in her garden tending to her flowers and vegetables. She loved playing card games, especially 500 Rummy, and doing jigsaw puzzles. Eleanor was a manager at Kohls in Batavia for 10 years, but raising her family was her number one priority. She and her family looked forward to going on family road trips where they made countless memories. Eleanor was a skilled cook and relished any opportunity to share her talents with family and friends. Above all else, she cherished time with family, especially her grandchildren who meant the world to her.

Eleanor was preceded in death by her parents and two brothers: Richard (Darlene) Vaughn and Fred Vaughn.

Per Eleanor’s wishes, cremation rites have been accorded, and the family will have a graveside service at a later date in Holy Sepulchre Catholic Cemetery in Alsip.

Family and friends are encouraged to sign the online guest book, upload photographs, and share Eleanor’s memorial page by logging onto: www.ReevesFuneral.com/obituary/Eleanor-Sikyta

Cremation services and arrangements have been made under the direction and care of Reeves Funeral Homes, Ltd., 75 North Broadway Street, in Coal City (815) 634-2125 .

To order memorial trees or send flowers to the family in memory of Eleanor E. Sikyta, please visit our flower store.