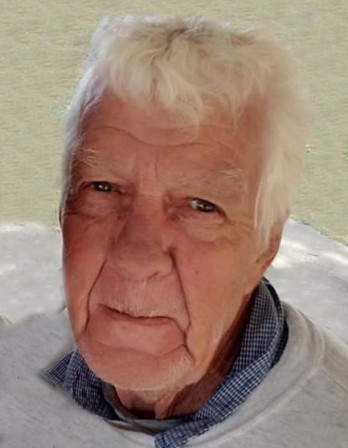 Age 84 of Wilmington and formerly of Chicago, passed away Wednesday, March 6, 2019 at Presence Saint Joseph Medical Center in Joliet.

Born February 22, 1935 in Chicago, Elmer was a son of William and Ruth (Eahart) McInerney. He was raised in the Canaryville neighborhood of Chicago and went on to work with one of the first canine patrol units to patrol the Cabrini Green neighborhood in the late 1960s and early 1970s. On July 25, 1969 Elmer married Margaret Lundquist and together they moved to Wilmington where they made their home.

Elmer always had a passion for dog and K-9 training and worked alongside his son Patrick with Mac’s K-9 in Crete. He also enjoyed being outdoors and going fishing, listening to rock-n-roll music while having his morning coffee, attending parties and becoming the life of that party, and going to see live blues bands play whenever he could. His most treasured times were always spent with his family, especially all of his grandchildren.

Elmer was preceded in death by his parents and wife, Margaret on June 27, 2018.

In lieu of flowers, preferred memorials may be made as gifts in Elmer’s memory to the family for their distribution.

Family and friends may sign the guest book, upload photographs or share Elmer’s memorial page online by logging onto: www.BaskervilleFuneral.com

To order memorial trees or send flowers to the family in memory of Elmer "Al" McInerney, please visit our flower store.
Send a Sympathy Card