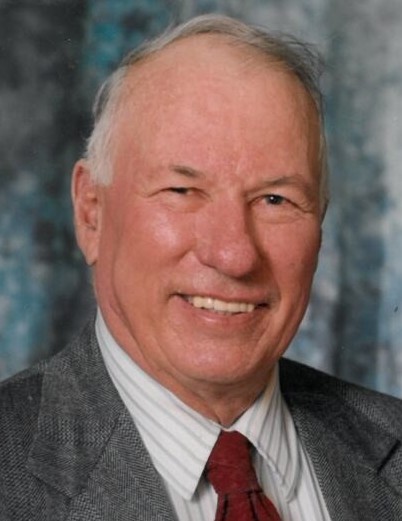 Age 89 of Wesley Township, passed away Friday, May 22, 2020 at Riverside Medical Center in Kankakee.

Born August 21, 1930 in Ritchie, Erwin Brock was a son of the late Philip and Myrtle Brock-Goodwin. He was raised in Wilmington, and graduated from Peotone High School. On December 20, 1953 Erwin married Marlene Ann Gill at her Grandma Gill’s farm in Green Garden Township. In the beginning of their marriage Erwin was serving in the United States Army which led the newlyweds to call Junction City, Kansas their first home. After his honorable discharge, they relocated back to Illinois where they settled in Wesley Township. Erwin was a member of the Ritchey United Methodist Church, where he was the treasurer. For over 50 years, Erwin was a dairy and grain farmer and was a member of the Brown Swiss Association. As a child, he participated in the 4-H Club. Erwin enjoyed square dancing and ballroom dancing with Marlene, as well as their trips to Branson, Missouri. He was an avid Chicago Cubs fan who loved his family and will always be remembered as the “Jokester” who had a joke for every person he met.

Erwin was preceded in death by his parents; wife Marlene on April 1, 2017; two brothers, William and Frank Goodwin; one sister, Phyllis Summers and brother-in-law Norman Gill.

Per Erwin’s wishes green flameless cremation rites have been accorded and a memorial service will be scheduled for a later date. Inurnment will take place at Abraham Lincoln National Cemetery in Elwood.

In lieu of flowers, memorial contributions can be made as gifts in Erwin's memory to the Ritchey United Methodist Church or to Hospice of Kankakee Valley.

Family and friends may sign the online guest book, upload photographs, or share Erwin’s memorial page by logging onto: www.BaskervilleFuneral.com/obituary/Erwin-Goodwin.

Green flameless cremation and memorial arrangements have been made under the direction and care of Baskerville Funeral Home in Wilmington. (815-476-2181)

To order memorial trees or send flowers to the family in memory of Erwin Goodwin, please visit our flower store.
Send a Sympathy Card