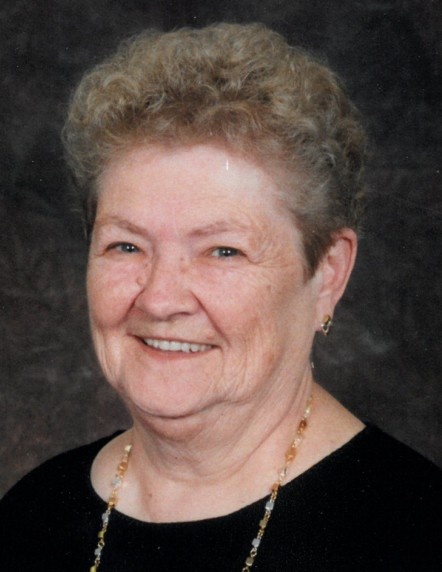 Age 83 of Wilmington, passed away peacefully at her home on Saturday morning, February 9, 2019 with loving family by her side.

Born at home in Wilmington on October 25, 1935, Faye Ann was a daughter of Melvin A. and Josephine E. (Swartz) Friddle. She was raised and educated in Wilmington and went on to marry Ellsworth K. Hansen.

Faye worked at Hansen’s Confectionery and later became one of the first employees of Precision Components in Wilmington, from where she retired from after more than 25 years. Following her retirement Faye enjoyed working at Courtyard Candles.

Faye began bowling at the age of 16, and continued to bowl her entire life. She was a member of the Joliet Area Women’s Bowling Association, and was proud to be a fan of both the Chicago White Sox and Chicago Bears. Faye loved cardinals, and enjoyed bird watching. She also took pleasure in playing cards and crafting. No hobby was greater than family, and she leaves behind a priceless collection of memories to those who were near and dear to her.

The family will receive friends for a visitation on Wednesday, February 13, 2019 between the hours of 4:00 p.m. and 8:00 p.m. at Baskerville Funeral Home, 700 East Kahler Road in Wilmington.

Funeral services will follow Thursday February 14, 2019 at 11:30 a.m. in the funeral home with Rev. Dr. Roy Backus officiating. Burial will be in Abraham Lincoln National Cemetery in Elwood at 1:00 p.m..

Preferred memorials may be made as gifts in Faye’s memory to her family for distribution to local charities of their choosing.

Family and friends may sign the guest book, upload photographs or share Faye’s memorial page online by logging onto: www.BaskervilleFuneral.com/notices/Faye-Hansen

To order memorial trees or send flowers to the family in memory of Faye Hansen, please visit our flower store.