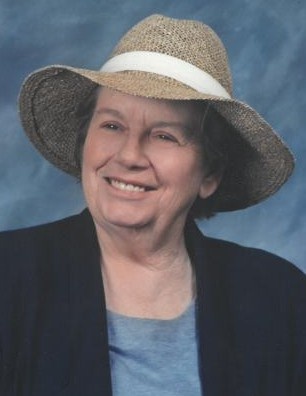 Born September 11, 1925 in Waukegan, Illinois, Frances Lorraine was a daughter of Tallie C. and Alice (nee McGrath) Brown. Frances worked as a nurses aid before gaining employment with Giesche Shoes in Downers Grove. She later earned her real estate license and went on to be the owner/broker of Paaren Real Estate. Being a mother of eight, Frances’ family was always her foremost priority. She attended Clarendon Hills Christian Church for many years, and after moving to Goose Lake, in addition to just spending time on the lake, Frances served as Past President of the Goose Lake Board.

Per the family's wishes, cremation rites have been accorded, and will receive friends for a memorial visitation on Saturday December 28, 2019 at Reeves Funeral Home, 75 North Broadway Street, in Coal City from 10:00 a.m. until time of memorial service, 11:00 a.m.

Interment will be held at a later date at Abraham Lincoln National Cemetery in Elwood, where Frances will be laid to rest with her husband, Vernon.

Family and friends may sign the online guest book, upload photographs, or share Frances' memorial page by logging onto: www.ReevesFuneral.com

To order memorial trees or send flowers to the family in memory of Frances Paaren, please visit our flower store.