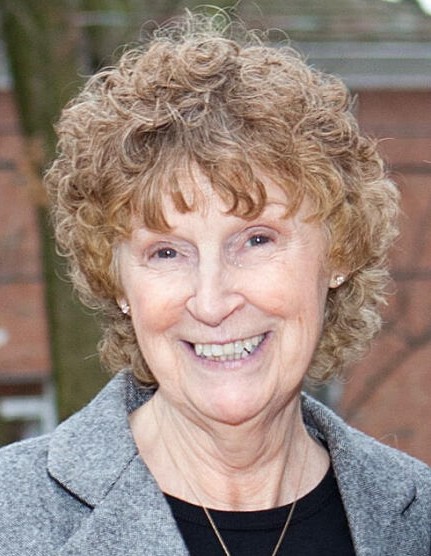 Age 80 of Wilmington, passed away Thursday, November 12, 2020 at Riverside Medical Center in Kankakee.

Born October 28, 1940 in South Amboy, New Jersey, Frances was a daughter of William Edward and Ruth Ann (nee Conner) Klegman. She was raised and educated in Coal City and graduated Coal City High School with the Class of 1958. On November 12, 1960, Frances married Douglas Strobel in Coal City. She was a member of St. Rose of Lima Catholic Church in Wilmington and was active with the County Line Kickers, line dancing group. Frances was a former board member of the Wilmington Public Library and remained a longtime supporter of the library. After high school, she was employed at the Joliet Arsenal and later in life enjoyed working with her sister, Peggy at Western World Racing Hut. She was accomplished at crocheting and enjoyed sharing her work with family and friends. She enjoyed playing tennis, gardening, cooking, and was dedicated to sending birthday cards and cards of celebration to those she knew and loved.

The family will receive friends for a graveside service for both Fran and Doug on Friday, June 25, 2021 at 11:00 a.m. in Mount Olivet Cemetery, 36000 Cemetery Road in Braidwood. Fran and Doug's son, Rev. Scott Strobel will officiate.

In lieu of flowers, memorials may be made in Frances' memory to Kuzma Care Cottage, Our Caring Closet, or to the Wilmington Fire Department.

Family and friends are encouraged to sign the online guest book, upload photographs, and share Frances’ memorial page by logging onto: www.BaskervilleFuneral.com/obituary/Frances-Strobel

Cremation services and arrangements have been made under the direction and care of Baskerville Funeral Home in Wilmington. ( 815-476-2181 )

To order memorial trees or send flowers to the family in memory of Frances Strobel, please visit our flower store.
Send a Sympathy Card