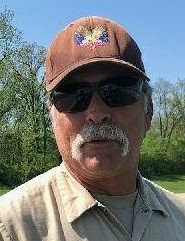 Born March 30, 1960 in Milwaukee, Wisconsin, Harvey Walter was the son of Arthur T. and the late Virginia (Mahnke) Kanter. He was raised and educated in Milwaukee and went on to proudly serve for 27 years in the 32nd Division of the United States Army and during Operation Iraqi Freedom. On February 11, 1980 Harvey married the love of his life Theresa Pawlowski in Milwaukee and together they made a home and raised a family. He worked as a groundskeeper in various National Cemeteries throughout the country, most recently at Abraham Lincoln National Cemetery in Elwood. In his free time, Harvey enjoyed hunting (thanks to Jeff Cronk), camping and fishing. He also enjoyed working on and around the house, but his most treasured times were always spent with family, especially his grandkids.

He is preceded in death by his mother, Virginia; father-in-law: Jerome Pawlowski and grandparents, Harvey and Violet Mahnke.

Per Harvey’s wishes, cremation rites will be accorded following the services.

Preferred memorials may be made as gifts in Harvey’s memory to his family for their distribution.

Family and friends may sign the guest book, upload photographs or share Harvey’s memorial page online by logging onto: www.BaskervilleFuneral.com

To order memorial trees or send flowers to the family in memory of Harvey Kanter, please visit our flower store.
Send a Sympathy Card