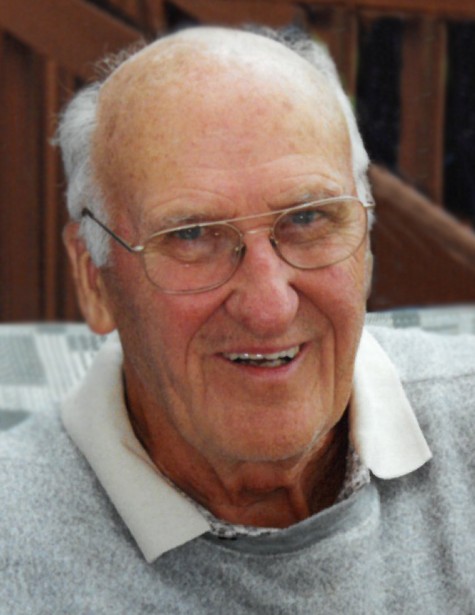 Born May 3, 1925 in Lincoln, Nebraska, Henry Jennings was a son of Henry, Sr. and Emma (Harris) Prosser. He was raised in Lincoln before relocating to Wilmington, where he graduated with the Wilmington High School Class of 1943. On November 24, 1943, Henry married Marian L. Whalen in Joliet, and together they made their home, raised their family and spent the following 74 years together.

Henry was a proud United States Navy Veteran, and honorably served in the Asiatic-Pacific Campaign. During his tenure he earned the Navy Occupation Service Medal, Philippines Liberation Medal, WWII Victory Medal and (2) Battle Stars for Iwo Jima and Okinawa.

Following his honorable discharge from the US Navy, Henry returned home to Wilmington where he gained employment with the telephone company. He went on to retire from Illinois Bell in 1982 after 35 years of dedicated service.

Henry was an active member of the First Presbyterian Church in Wilmington where he held many roles including Elder, Trustee and serving on the Building Committee. Henry was also a member of the A.F. & A.M. Wilmington Lodge 208 for more than 60 years. He belonged to the Telephone Pioneers and served the City of Wilmington as City Treasurer. Throughout the years, Henry took great pleasure in camping with family and friends, and he and Marian wintered in Bradenton, Florida for more than 30 years.

Henry’s first love was that of being a father and grandfather. Family was always of utmost importance to him, and he will forever be remembered as dedicated grandfather to his grandchildren both near and afar.

Henry was preceded in death by his parents; his loving wife Marian (April 10, 2018); one son John; one daughter and son-in-law Nancy and Roger Shenk, and his son-in-law, Ron Pedersen.

The family will receive friends for a visitation at the First Presbyterian Church, 301 North Kankakee Street in Wilmington on Saturday, January 5, 2019 from 10:00 a.m. until time of funeral service 12:00 p.m. Pastors Steve and Hope Sibson will officiate, and burial with full military honors provided by the Wilmington VFW Color Guard will be in Oakwood Cemetery, Wilmington. Henry’s grandchildren will act as pallbearers and honorary pallbearers.

Preferred memorials may be made as gifts in Henry’s memory to The First Presbyterian Church in Wilmington.

The family would like to extend their heartfelt appreciation to the staff at Rock Run, Newsome Home Health and Vitas Hospice, for the care and love shown for both of their parents over the past 3 years.

Family and friends may sign the guest book, upload photographs or share Henry’s memorial page online by logging onto: www.BaskervilleFuneral.com/notices/Henry-ProsserJr

To order memorial trees or send flowers to the family in memory of Henry Prosser, Jr., please visit our flower store.
Send a Sympathy Card