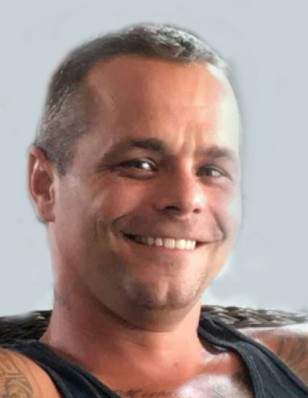 Age 36 of Bowling Green, Kentucky, formerly Joliet, passed away Sunday May 6, 2018 at his residence.

Born July 15, 1981 in Maryville, Tennessee, Homer Glenn, Jr. is a son of Cheryl Cuff Moore and the late Homer G. Boling, Sr. He was raised and educated in Joliet, and attended Joliet Central High School. Peanut worked as a laborer for residential construction companies, most recently with Hale Roofing Inc. in Bowling Green, Ky. On June 30, 2017, he married Andrea Perruquet in Bowling Green. Peanut was an avid basketball and Chicago Cubs fan. He also loved to spend time outdoors fishing, or riding his Hayabusa motorcycle.

Cremation rites have been accorded, and a memorial visitation and video tribute will be Tuesday May 15, 2018 from 4:00 p.m. until time of memorial service, 7:00 p.m., at Reeves Funeral Home, 75 North Broadway, in Coal City, Illinois.

Family and friends may sign the online guest book, upload photographs, or share Peanut's memorial page by logging onto: www.ReevesFuneral.com

To order memorial trees or send flowers to the family in memory of Homer Boling, Jr., please visit our flower store.
Send a Sympathy Card