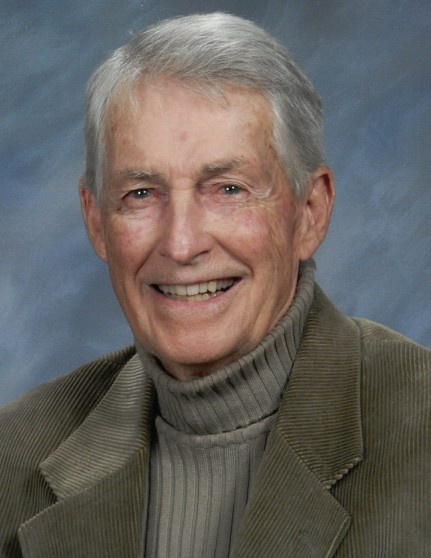 Age 96 of Coal City, passed away Thursday, May 30, 2019 at the Joliet Area Community Hospice Home.

Born November 17, 1922 in Chicago, Illinois, John Francis was a son of Ernest Frank and Catherine (Madden) Heavens. He was raised and educated in Coal City, and went on to serve in the United States Air Force. On May 26, 1951, Jack married Frances Calhoon in Assumption Catholic Church, and together they made a home and raised their family in Coal City.

Jack along with his brother Gerald, carried on the very business that their father established, Heavens Construction. Jack was a member of the Bricklayers, Masons and Plasterers Union and laid brick for more than 50 years. He was a long time member of Assumption Catholic Church in Coal City, and most recently belonged to Sacred Heart Parish in Joliet. In the past he was involved with the Holy Name Society and in more recent years enjoyed his membership to Joliet Area Theatre Organ Enthusiasts (JATOE).

One who possessed varied interests, Jack loved WWII Airplanes, as well as trains; loved to dance, and took pleasure in writing. He maintained an active lifestyle, which kept him fit, and he loved to play both golf and tennis until recent years. He will be remembered for his great sense of humor, and leaves behind of legacy of treasured memories by those who were near and dear to him.

Survivors include two daughters: Cathy (Gary) Born of Council Bluffs, Iowa and Pam Heavens of Joliet; one grandson, Zach (Megan) Born and several nieces and nephews, as well as his granddogs: Pliny, Josie and Hootie.

Jack was preceded in death by his parents; wife Frances on April 2, 2003, and two brothers: Gerald (Leona) Heavens and Alan (Esther) Heavens.

Burial will be in Mt. Olivet Catholic Cemetery in Wilmington, where Jack will be laid to rest in the Heavens family lot next to his late wife Frances.

The family wishes to extend special thanks to Larry and Karen Guest for their incredible assistance to Jack and his family.

Family and friends may sign the guest book, upload photographs or share Jack’s memorial page online by logging onto: www.ReevesFuneral.com/notices/Jack-Heavens

To order memorial trees or send flowers to the family in memory of Jack Heavens, please visit our flower store.
Send a Sympathy Card