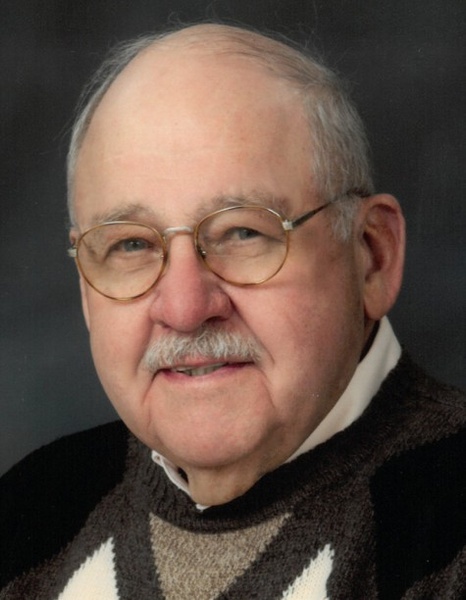 Born July 20, 1929 in Streator, Illinois, John Thomas was a son of John and Susan (Bresnay) Kutches. He was raised in Streator and graduated from Streator High School. On September 6, 1950, Jack married Marianne Coughlin in St. Mary’s Church in Streator, and soon thereafter entered into the US Army. He honorably served with the Third Infantry Division during the Korean War (1951-1952), and during his tenure, was awarded the United Nations Service and Korean Service Medals, along with two Bronze Stars.

Together Jack and Marianne moved to Morris in 1955, where they raised their family, and Jack owned and operated Jack’s Super Mart until 1972. He went on to be an assistant manager at Riz’s Grocery Store in Morris and later managed Certified Grocers Distribution Center until his retirement in 1991. Following his retirement, Jack went to work part-time with the City of Morris working at the Morris Airport for four years and lastly drove for the Morris Senior Van.

Renowned for his love of sports, Jack was one of the first coaches of the Morris Chiefs and enjoyed following sports on all levels. He was an avid Chicago Cubs and Bears fan, as well as Notre Dame, and not to forget his beloved Redskins and the Coal City Coalers. He took pleasure in golfing in years past, and continued to keep up with friends from Streator at monthly breakfasts and locally lunching with buddies on a regular basis. Jack loved Morris and demonstrated a positive influence on the community, and remained a familiar face around town.

Jack was a dedicated member of Immaculate Conception Catholic Church in Morris, where he served on Parish Council, was a member of the Men’s Club and belonged to the Knights of Columbus Dupontaris Council. He was a member of the American Legion, and a charter member of I-Care International, where he made eight trips to Mexico and Ecuador between 1988 and 1998. Jack was a former member of the Morris Community High School Board of Education, where he also served as president; past member and president of the Morris Lions Club; past member and president of the Grundy County United Fund, and served as a Democratic Election Judge.

All who knew Jack Kutches would agree that he was blessed to experience so many of the best things that life has to offer. Nothing was better however than being surrounded by the love of his children, grandchildren, and great-grandchildren. Whether it was having the grandkids over to visit or making every effort to attend the kid’s events, Jack leaves behind a priceless collection of memories that his loved ones will forever hold near and dear to their hearts.

It was per Jack’s wishes that his body be donated for scientific study.

The family will receive friends for a memorial visitation and celebration of Jack’s life on Friday, January 4, 2019 between the hours of 4:00 p.m. and 8:00 p.m. at Reeves Funeral Home, 408 East Washington Street (one block east of Illinois Route 47) in Morris.

A Memorial Mass of Christian Burial will follow Saturday morning, January 5, 2019 at 10:30 a.m. in Immaculate Conception Catholic Church, 600 East Jackson Street in Morris. Reverend Ed Howe, CR will preside, and military honors conducted by the Morris Color Guard will be rendered at the conclusion of the Mass.

Jack will be inurned with his late wife in Mt. Carmel Cemetery at a later date.

Family and friends may sign the guest book, upload photographs or share Jack’s memorial page online by logging onto: www.ReevesFuneral.con/notices/Jack-Kutches.

Services and arrangements have been made under the direction and care of Reeves Funeral Homes, Ltd. in Morris. (815-942-2500)

To order memorial trees or send flowers to the family in memory of Jack Kutches, please visit our flower store.
Send a Sympathy Card