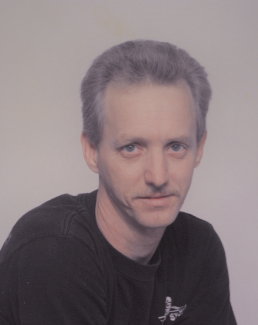 Born March 31, 1961 in Chicago, James was a son of the late William August Kerr and Ovalina Minton. He was raised in Spencer, Tennessee and Chicago, and was a truck driver for many years. James enjoyed playing pool at The Stumble Inn and will be remembered for always being the life of the party. He lived for his grandchildren, who were the most important thing in his life, and cherished all the good times spent with family and friends.

James was preceded in death by his parents and son, Jimmy Ray Kerr; one brother, Johnny Ray Kerr, and numerous aunts and uncles.

The family will receive friends for a visitation on Friday, April 29, 2022 at Reeves Funeral Home, 75 North Broadway Street (one block north of Illinois Route 113), in Coal City from 4:00 p.m. to 8:00 p.m. Funeral services will follow on Saturday, April 30, 2022 in the funeral home at 10:00 a.m. Pastor David Gilleland will officiate, and burial will follow the funeral at Oakwood Cemetery in Braidwood.

To send flowers to the family in memory of James Clay Kerr, please visit our flower store.