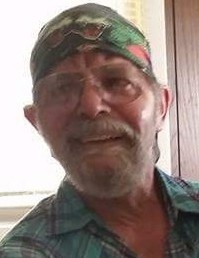 Born July 6, 1949 in Joliet, James T. was a son of Joseph and Angeline (nee Korelc) Olson. He was raised and educated in Joliet and graduated with the class of 1967. James learned the craft of welding and also worked construction. He spent the last ten years of his career with D Construction Inc., where he enjoyed making meals for his co-workers and would always go above and beyond for his job.

James was considered a "Jack of all trades", but in his free time he enjoyed fishing, gardening, shooting pool and watching Nascar racing. He will be deeply missed and will always be remembered for his great sense of humor.

Visitation and video tribute will be held on Thursday, March 22, 2017 from 4:00 p.m. until time of funeral service 7:00 p.m. at Reeves Funeral Home, 75 North Broadway (one block north of Illinois Route 113) in Coal City. Deacon William Dunn will be presiding.

Preferred memorials may be made as gifts in James' memory to his family for their distribution.

Family and friends may sign the guest book, upload photographs or share James' memorial page online by logging onto: www.ReevesFuneral.com

To order memorial trees or send flowers to the family in memory of James Olson, please visit our flower store.
Send a Sympathy Card