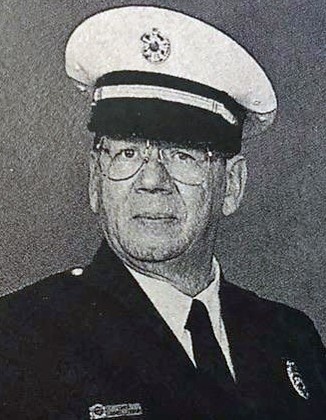 Born August 25, 1940 in Albert Lea, Minnesota, James Eugene was a son of Oscar C. and Harriet (Christiansen) Seerup. Jim moved with his family to the Emington area in 1952, where he was raised and attended the schools in Dwight. On December 8, 1962, Jim married Linda Andersen in St. Patrick Catholic Church in Dwight and together they made their home and raised their family in Mazon.

Jim was hired at the Caterpillar Aurora facility shortly after it’s opening, and continued to make his career there for the following 41 years. He retired as a Prove and Design Mechanic. In addition to working for Caterpillar, Jim was active with the Mazon Fire Protection District for 42 years and served as Chief for 10 years. He was an instructor for the Chief Shabbona Firefighter’s Training Academy and was honored in 2015 for this 42 years of tireless dedication and contributions from 1973-2015. Jim was a member of the Illinois Fire Chiefs Association, and a founding member of the M.V.K. Ambulance Service. He served on the Mazon Zoning Board for several years and was also a member of the United Auto Workers Union.

A huge history buff, Jim took pleasure in reading and also held a great interest in flying. He belonged to the Experimental Aircraft Association (EAA) and enjoyed attending the annual Fly-In held in Oshkosh, Wisconsin. In his free time, he was a true outdoorsman and loved to both deer hunt, as well as fish in Minnesota. Among all of his varied interest and involvements, there was nothing more dear to Jim than his family and he cherished attending his grandkids sports and events.

Jim was preceded in death by his parents, Oscar and Harriet Seerup.

The family will receive friends for a visitation on Tuesday, October 9, 2018 between the hours of 4:00 p.m. and 8:00 p.m. at Reeves Funeral Home, 75 North Broadway (one block north of Illinois Route 113) in Coal City. Funeral services will follow on Wednesday morning, October 10, 2018 at 10:00 a.m. in the funeral home with Coal City Fire Chaplain, Bradley Shumaker officiating. A procession will commence to Mazon, for a fireman’s farewell, and then cremation rites will be accorded.

Preferred memorials may be made as gifts in Jim’s memory to Joliet Area Community Hospice or to Rehabilitation Department at Regency Care of Morris, for the purchase of new equipment.

Family and friends may sign the guest book, upload photographs or share Jim’s memorial page online through social media by logging onto: www.ReevesFuneral.com/notices/James-Seerup.

Funeral services and cremation arrangements have been made under the direction and care of Reeves Funeral Homes, Ltd. in Coal City. ( 815-634-2125 )

To order memorial trees or send flowers to the family in memory of James Seerup, please visit our flower store.
Send a Sympathy Card