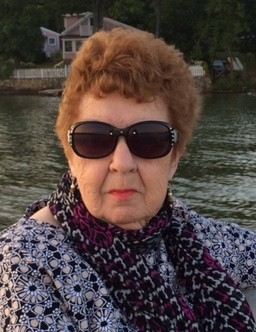 Phyllis passed away peacefully at her home June 10th, 2021 under the care of hospice. She was born September 1, 1932 in Norwalk Connecticut to Phillip and Ruth Girouard.  Moving shortly after her birth to Leominster, Massachusetts where she spent the first years of her life and attended school. Jean’s first job was at a plastic and molding factory “Plastermatic” in Leominster, Massachusetts. Jean had an excellent work ethic and held jobs throughout her life including Echo Flint Factory, Personal Products, and the City of Wilmington.

Jean met and married the love of her life William (Bill) J Mahoney in 1959.  Bill and Jean adopted Shawn and later Mary from New York State where Bill was stationed at Seneca Army Depot in Romulus, New York. They moved to Wilmington in 1968 where Bill worked at the Arsenal before his death on August 3 1970.  Jean continued raising her family in Wilmington. She attended Custer Park Baptist Church and Island City Baptist Church.

Jean enjoyed playing cards with her family, blueberry picking, shopping, and just getting together with her friends and family. In her later years she enjoyed traveling to Florida to see family.

Although Jean is gone from this earth we know she is enjoying eternal life with Jesus and her loved ones who have gone before her. We hold in our hearts the memories of her kind generous spirit. She never failed to open her home to those in need and share anything that she could.

Per Jeans request cremation rites have been accorded.

In lieu of flowers donations in Jeans name may be given to Lightways Hospice, 250 Water Stone Circle, Joliet, Illinois 60431

Family and friends are encouraged to the sign the guest book, upload photographs and share Jean’s memorial page through social media by logging onto: www.BaskervilleFuneral.com/obituary/Jean-Mahoney

To order memorial trees or send flowers to the family in memory of Jean Mahoney Barber, please visit our flower store.
Send a Sympathy Card