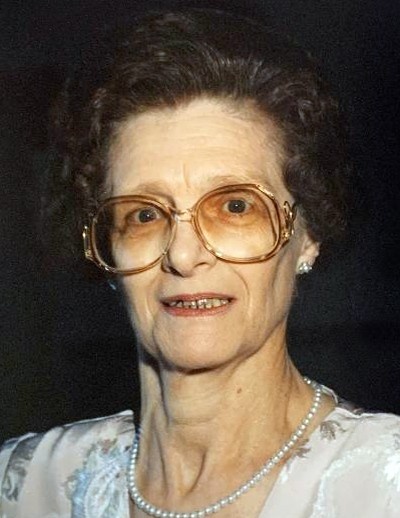 Age 90 of Wilmington, passed away Thursday, January 21, 2021 at Regency Care of Morris.

Born January 19, 1931 in Middlesex, England, Jean was a daughter of Edwin and Edith (O’Brian) Powlesland. She was raised in the suburbs of London and on February 14, 1953, Jean married Paul E. Sarrazin on the South Ruislip USAF Base in London. Soon thereafter, Jean immigrated to the United States with her husband and first born son. They lived throughout the United States where Paul was called to duty until moving from California to Scott Air Force Base in Illinois in 1964. It was here that Paul retired from the service, and the family relocated to Wilmington, Illinois in late 1966.

In addition to raising her family, Jean worked for Braun Sales in Wilmington before gaining employment with Royal Willow Nursing Home, where she worked for 25 years until her retirement. Jean was proud to have gained her US Citizenship in the late 1980’s, as well as attain her driver’s license. She never lost sight of her heritage and was honored to hold her dual citizenship with the US and England. She was a member of the First Presbyterian Church in Wilmington where she enjoyed singing in the choir, and was a diehard Chicago Cub’s fan.

One who had a servants heart, it was not uncommon for Jean over the years to bring home a resident from work for the holidays, and she always put others ahead of herself. She was a true prim and proper English lady, who enjoyed a good cup of tea, and excelled in the kitchen with notable dishes such as her roast beef, shepherds pie and Yorkshire pudding. Having not gained her driver’s license until later in life, she could often be found riding her bike, and she cherished looking after her grandchildren. Jean enjoyed knitting, and leaves behind both heirloom blankets and sweaters. She was a wonderful ballroom dancer; enjoyed listening to her albums on the record player, and indulging in KitKats and Cadbury Bars. Jean loved going out to eat, and many memories were created at Al’s Steakhouse and Red Lobster, or as Jean would refer to “The Lobster”.

Gone from our sight, Jean Sarrazin, a wife, mother, nan, sister and friend, leaves behind a priceless collection of memories to those who were honored to know and love her. May her memory be eternal.

Jean was preceded in death by her parents; husband, Paul on June 1, 2012 and three brothers.

The family will receive friends for a COVID observant walk through visitation at Baskerville Funeral Home, 700 East Kahler Road in Wilmington on Friday, January 29, 2021 from 10:00 a.m. until 11:00 a.m.

Face masks and measures of social distancing will be followed, and the funeral home staff will assist the family to ensure current restrictions are in order.

Those wishing to participate in the funeral services virtually are welcome to join the live streamed service on Friday morning, January 29, 2021 beginning at 11:00 a.m. A link to the event will be available on Jean’s memorial page.

Burial will be in Abraham Lincoln National Cemetery in Elwood, where Jean will be laid to rest with her late husband, Paul.

The family wishes to extend sincere appreciation to Heritage Woods of Dwight, as well as Regency Care of Morris, especially Jessica Wilkey and Kaitlyn Harty – for their continued love and support over the past years. A heartfelt thank you is also extended to Joliet Area Community Hospice for their tremendous services provided to Jean in her final days.

Preferred memorials may be made as gifts in Jean’s memory to Regency Care of Morris Activities Department or to the Alzheimer’s Association.

Family and friends are encouraged to sign the guest book, upload photographs and share Jean’s memorial page online through social media by logging onto: www.BaskervilleFuneral.com/obituary/Jean-Sarrazin

To order memorial trees or send flowers to the family in memory of Jean Sarrazin, please visit our flower store.