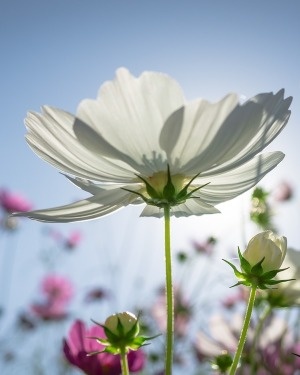 Born with Down Syndrome, she was raised and cared for by her parents until their passing. Jeanie then lived with her sister, Julia, until she passed away in 2006. Jeanie then moved to Wilmington to live with her sister and brother-in-law, Sherriden and Dean Jones. After Sherriden's passing, Jeanie lived at facilities in Wilmington and Park Ridge until she became ill.

Throughout her entire life Jeanie managed to make the most of the time she had, and loved all who knew her and cared for her.

Jeanie's family would like to give special thanks to Beverly Anderson, whose compassionate caregiving and special friendship was most appreciated by Jeanie.

Graveside services will be Wednesday July 31, 2019 at Oakwood Sunset Cemetery in Wilmington at 1:00 p.m., where Jeanie will be laid to rest with her sister Sherriden.

Family and friends may sign the online guest book, upload photographs, or share Jeanie's memorial page by logging onto: www.BaskervilleFuneral.com

To order memorial trees or send flowers to the family in memory of Jeanie Hardy, please visit our flower store.
Send a Sympathy Card